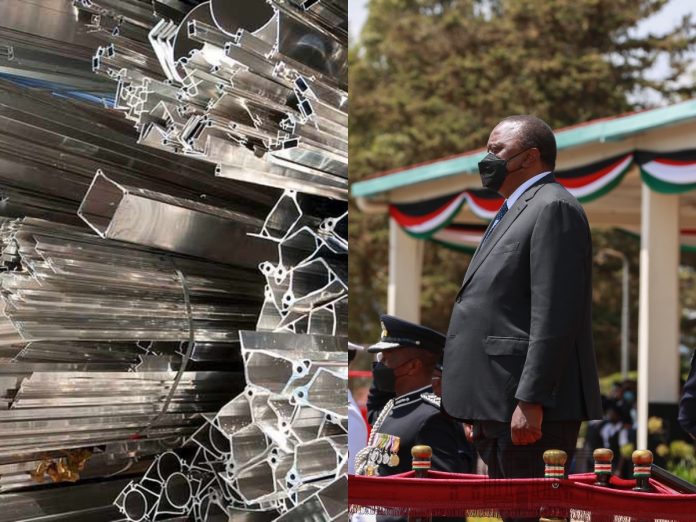 President Uhuru Kenyatta on Thursday announced a moratorium on scrap metal trade in the country as part of Government efforts to end the rising cases of vandalism of key public installations.

The President said the moratorium will stay in place until after the Government puts in place adequate measures to effectively police the sourcing, trade and export of scrap metal warning that those found culpable for vandalism of state infrastructure will be dealt with firmly.

“The law is clear. These acts are nothing less than economic sabotage which fall under treasonable acts and the law is clear as to how we deal with treasonable acts. We will not allow you to destroy that which is for the growth and development of our country to benefit a few individual pockets,” President Kenyatta cautioned.

At the same time, the President reminded the police to execute their constitutional mandate of safeguarding the wellbeing of Kenyans and their property without “fear, favour or intimidation from any quarters”.

President Kenyatta spoke at the National Police College, Kiganjo in Nyeri County, where he presided over the passing out parade of 298 direct entry inspectorate cadet officers who graduated after a 9-month course.

The new police officers, 220 male and 78 female, form the largest cohort of direct entry inspectorate cadet officers to have been trained by the country since independence, and were recruited as part of the ongoing security sector reforms.