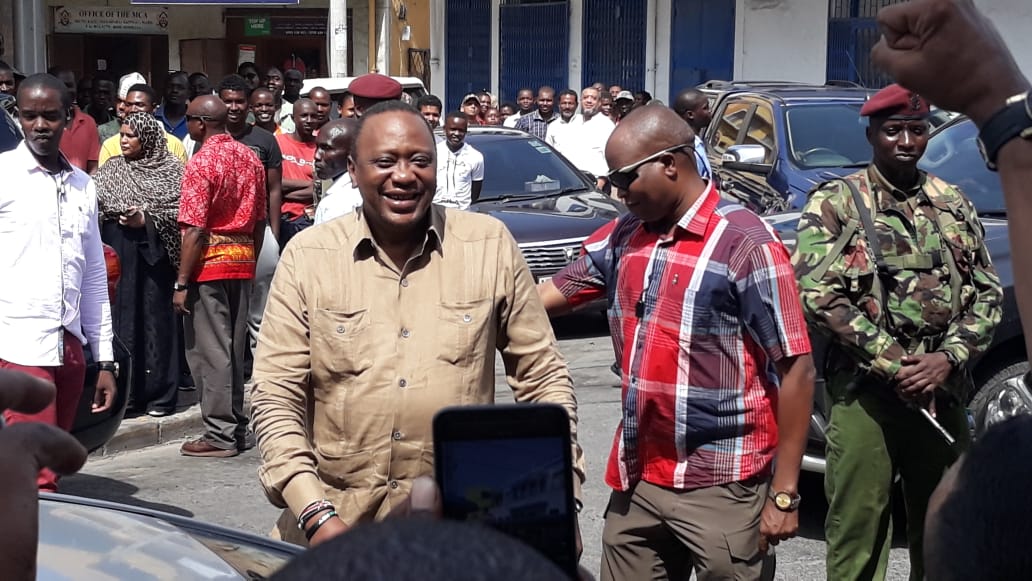 A day after the high noon drama caused by the appointment of Dr. Fred Matiang’i as a superior Minister, DP William Ruto flew to Mombasa for a meeting with his boss, President Uhuru Kenyatta.
Details of the meeting are scanty, but it is natural that the DP hard men consisting of Kipchumba Murkomen and Kithure Kindiki may have broached the new government structure.

But the response from the Presidency if any is yet to be known.
“Top Jubillee leadership met over lunch at a middle class restaurant to discuss key developments in politics” a source privy to the meeting told Uzalendo.
The meeting came hot in the heels of two Executive Orders signed by the President. In attendance was Jubillee Chairman Nelson Zuya, Raphael Tuju, Kithuke Kindiki, Aden Duale, Irungu Kangata and Kipchumba Murkomen.

Top of the agenda was the need for Jubillee to field a candidate at Embakasi South and also the creation of a cabinet committee chaired by Dr. Fred Matiang’i to coordinate government activities.
It is said that the Jubillee brigade ate lunch at Barka Restaurant near Fort Jesus and mingled freely with patrons.

Read More  End Of The Road For Gareth Southgate?