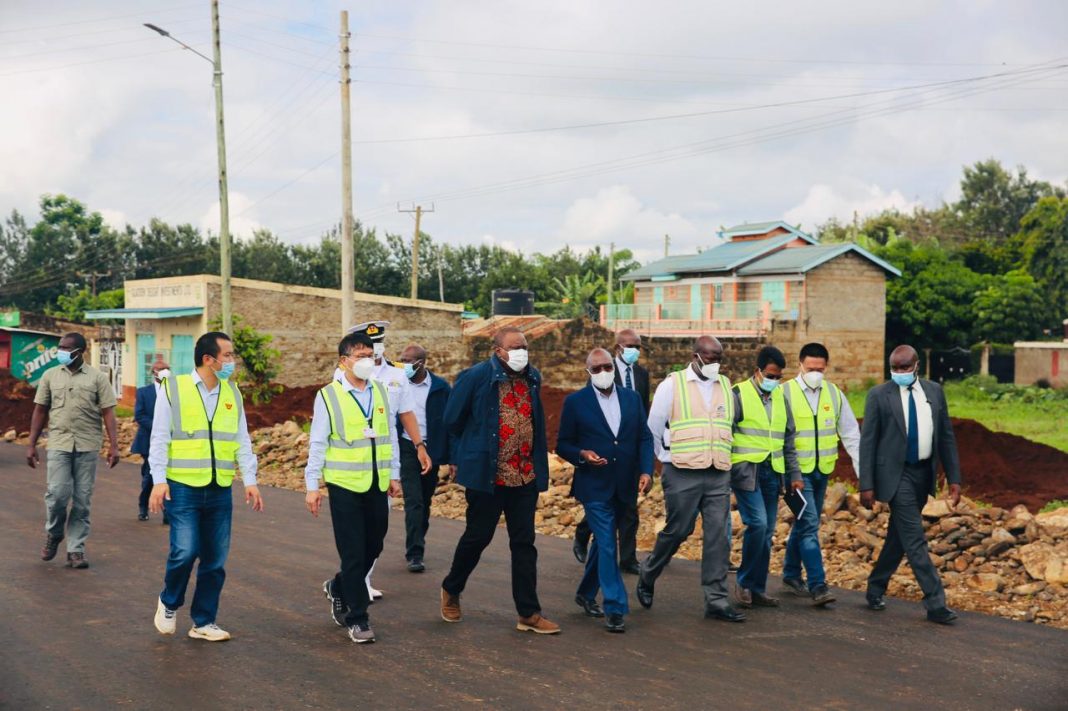 Stopping by on his way to the Dedan Kimathi University, President Uhuru was taken through the construction milestones at the 84-km long highway.

He was accompanied by the KeNHA Director General Peter Mundinia alongside Transport and Infrustructure CS Eng. James Macharia.

In an update, CS Macharia said the turn key project will boost linkages between northern and southern Kenya, and boost economic activity between these regions.

The new road, which is part of the Trans-Africa Highway (Cairo – Cape Town) will ease traffic jams along this key transport artery.

The 84km Kenol-Sagana-Marua dual carriageway will be ready for use by December 2021.