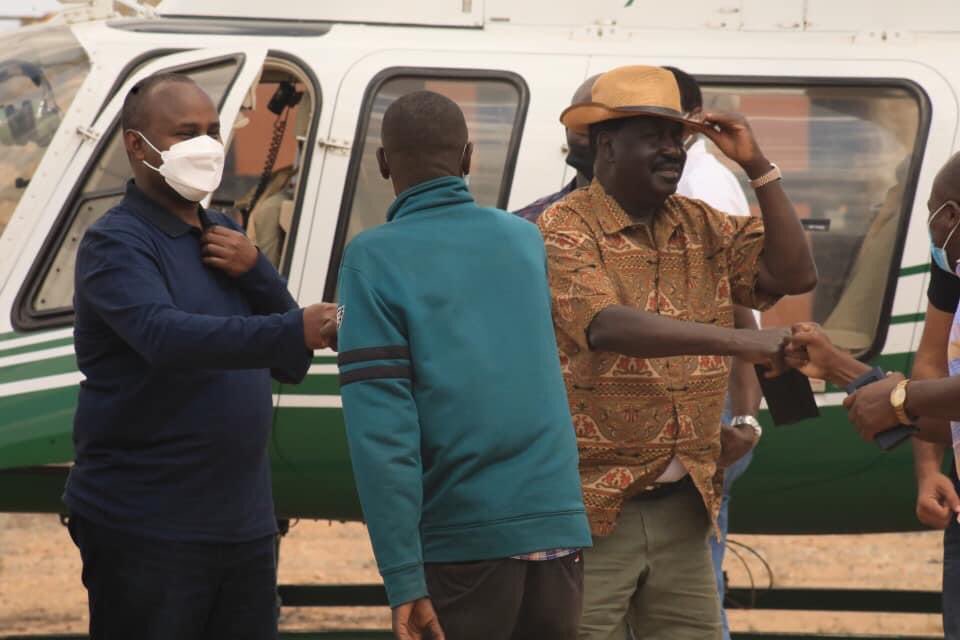 Raila Odinga, the leader of the Orange Democratic Movement (ODM), has carried his political mission to Mombasa county this week.

Raila has been engaged in a verbal battle with his political foe, Deputy President William Ruto over policies in the run-up to the 2022 general elections.

According to the identities of the leaders in the meeting, the former prime minister met with a high-profile group of politicians in Mombasa this evening, where it is thought that the approaching 2022 politics were addressed.

Abdulswamad Nassir, a Mvita member of the national assembly who is targeting the Mombasa county governor seat in 2022, was also present.

Also in attendance in the meeting was Samburu West Constituency member of the national assembly Hon. Naisula Lesuuda.

The ODM party leader is yet to declare his interest in the country’s top seat but most expect him to make another attempt at the presidency where he is expected to receive backing from president Uhuru Kenyatta.