Home Politics Inside Raila’s Next Plan If BBI Is Nullified 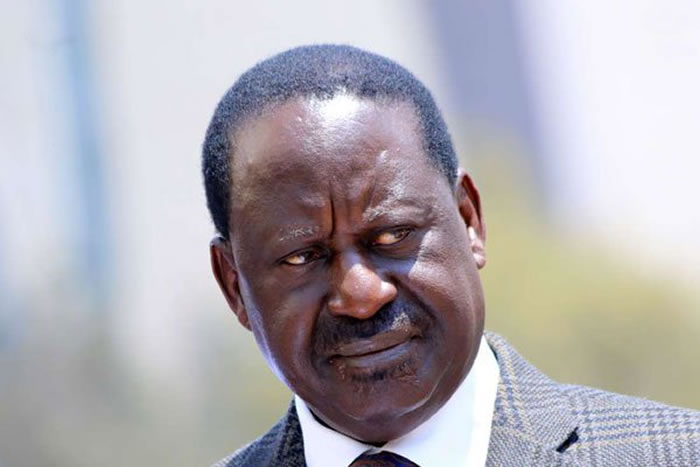 Former Prime Minister Raila Odinga has hinted at an ‘Alternative Means’ to pass the constitutional amendments (BBI) if the courts dismiss the document.

Addressing mourners at Dabaso village in Kilifi County, Mr. Odinga said he had fought for political liberation to see Kenyans enjoying their freedom and justice.

The Orange Democratic Movement (ODM) leader said his vision is also to see Kenyan’s industrial development as captured in the 2030 Vision.

He said he will die a happy man if Kenya attains at least a middle-income status.

“The route to end poverty in Kenya is not by giving out wheelbarrows but create an enabling environment for the thriving of small-medium and cottage industries as an empowerment factor.

“My dream is to raise Kenya from a third-world income to a middle-income economy by the year 2030. It is possible. And it is only a few years away. My dream is that before I die to see Kenya has moved to this stage.”

However, the opposition leader did not divulge more information on the same but insisted that there will be a way out after the verdict of the courts.

“Reggae has not stopped. We are at halftime. Even if the courts dismiss the amendments we shall have an alternative means to have the constitution amended. All the needs of Kenyans including the increased constituencies to bring development closer to the people had been affected and Coast is one of the beneficiaries of this when BBI is implemented,” he said.

Mr. Odinga had visited the village to condole with ASAL CAS Gideon Mung’aro who lost his uncle recently.

“Because the BBI holds good news for Kenyans I want to assure you that even if the courts dismiss it, we shall have a plan to pass the document because it is the voice of Kenyans,” Mr Odinga said.