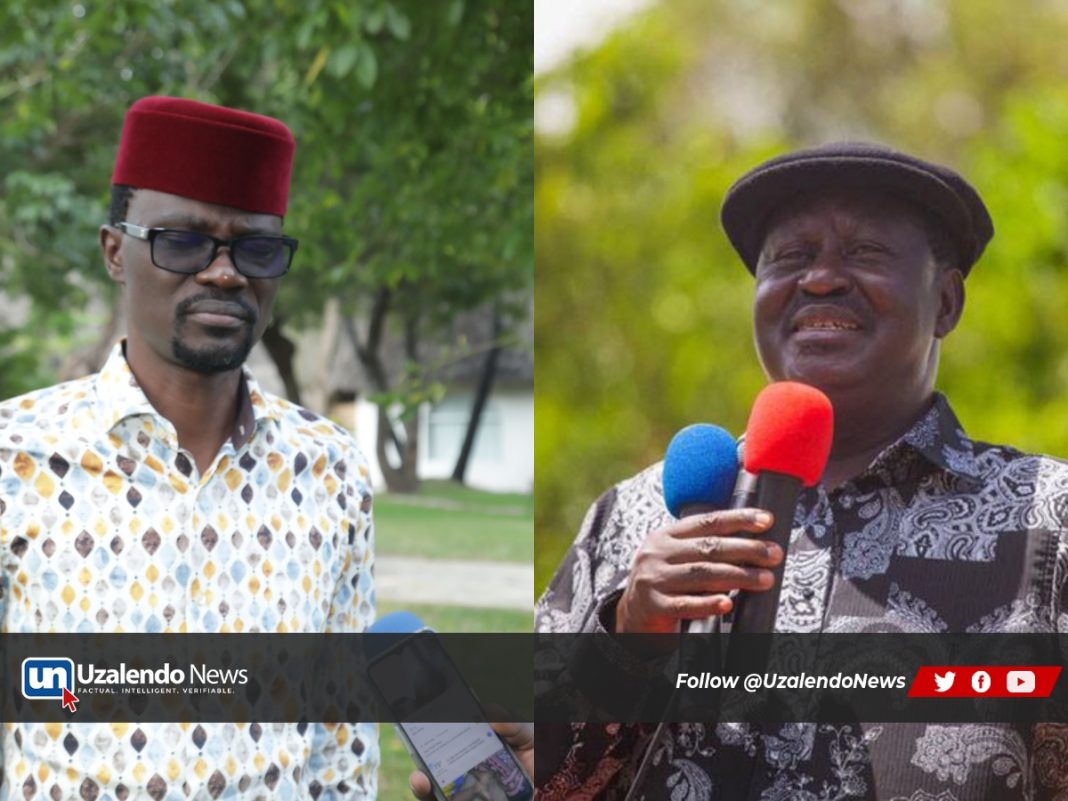 Last week, Mr. Odinga said there should be a mind shift against skilled manual jobs adding that the government had done very little to nurture skills and make them drivers of the economy.

“I have some ideas on how we can have many ‘Made in Kenya’ products in supermarket shelves and shops in a sustained manner that ensures homegrown industrialization,” Mr. Odinga said.

The former prime minister also proposed the creation of a human resource agency to scout and nurture the raw talent and align the unique abilities with nation industrial goals.

However, while praising him for the bold transformation agenda Barasa wondered why Raila likes copying Ruto’s ideas instead of initiating his own.

“I want to express my joy and happiness that recently Mr. Odinga changed tune from Tibim, Tialala to advocating for an economic model that would spur economic growth at the rural center in what he referred to as economic development for rural Kenya,” Mr Barasa said.

The lawmaker said the former PM also talked of a model which will reform the local manufacturing center which he defined the local markets to fall in the brackets of Mama mboga, local tailors, and local blacksmiths.

He said the PM disappointed him because even though he means well it appears he has come to terms with what they have been calling bottom-up economical approach.

The legislator reminded Raila that he had an opportunity to implement what he is currently talking about.

“If I look at the handwriting of the BBI Bill that is his handwriting he is the person who drafted the BBI Bill in the infamous nobody can stop reggae but unfortunately reggae was stopped by Covid-19 and our courts, he said.

He said that the ODM party leader had a chance to put what he is advocating for now in the BBI bill by incorporating the feelings and sentiments being echoed by the DP about guaranteed minimum return when he was opposing BBI crusade.

Sadly, he said Odinga dismissed the DP by saying the train had left the station and it didn’t have breaks.

“He had another opportunity to incorporate the bottom-up economy, the hustler economy again he failed by saying we had an opportunity to by appear before the BBI secretariat when they were moving around the country,” he said

He said now that Reggae has been stopped, he has changed tune and appears to be supporting very many good issues that would have spur rural development.

“I want to tell Kenyans that Raila Odinga and his team seem not to be thinkers of their own, they wait until something gathers momentum before they come and say this is the way to go,” he said.

He also described the former PM as an opportunist with no original ideas and rides on what is gaining momentum.

The hustler nation he said is the originator of the ideas of the bottom-up economy while Raila is like China known to be a copy country.