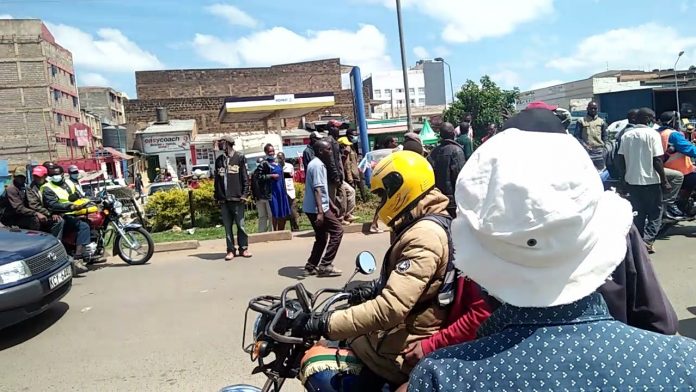 The two groups, those of incumbent Dr. Hillary Barchok and those of the host Mosonik, are said to have been unable to agree on who deserved the party ticket.

Supporters of Dr. Mosonik had been invited to his home for lunch and campaign planning. The presence of UDA officials from the county at the event enraged the contestants.

They rushed to the venue, ejecting them for plotting to rig the nominations in Mosonik’s favor in April of the following year. As enraged Barchok’s supporters bayed for his murder, the aspirant and CAS had to be whisked out of the venue to a safer room in his residence.

Police had no choice but to use teargas to disperse the mob, which was now engaged in a back-and-forth brawl.

As the uproar grew louder, many people were harmed.

Those who were injured were sent to the Ndanai sub-county hospital, where minor injuries were treated and released.

During the UDA nomination, Dr. Hillary Barchok and Mosonik will square off, with the winner facing CCM party leader Isaac Ruto.

President Elect To Be Sworn In On August 30