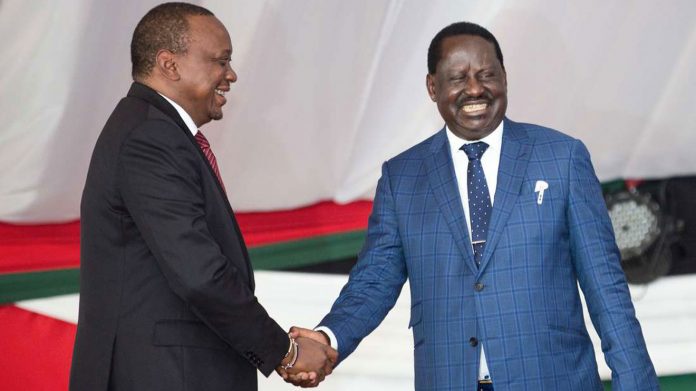 “The President’s intervention helped the country break the unfortunate stalemate that was also being used by populist politicians to profile revenue sharing as a county against county or region against region contest over national resources, thus polarizing the nation,” the statement said.

He lashed at ‘populist politicians’ who he accused of turning the revenue sharing debate into a county against county contest.

“In the end however, the nation has won over vested partisan political interests”.

Odinga appreciated Senators, “I also thank the senators for taking advantage of the opportunity created by the President’s offer of additional funding and ending the protracted stalemate”

He further noted 3 key lessons learnt from the stalemate.

First even as the country talks about shared prosperity, the productivity of the nation is way below the demand of the growing population

The ODM party leader advised on the need to return to a debate on how to create fair and equal chances for every Kenyan to participate optimally in national productivity and wealth creation so that the nation can have enough for its people.

On corruption, Raila said it is time for Kenya to create a robust mechanism to punish those found culpable while getting rid of cartels and syndicates.

The former prime minister exuded confidence that all the issues that are currently affecting the country have been addressed in the BBI report.

“All the issues it brought to the fore are at the center of the BBI agenda for the country. With the stalemate now out of the way, it is my expectation that the country can now refocus on the envisaged reform agenda that aims to catalyze productivity by making all Kenyans producers rather than mere consumers and dependents, increase revenue to counties and fight corruption,” he added.