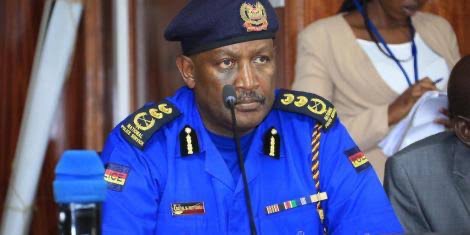 The story of how Israeli trained Presidential guards protected Oscar Sudi from arrest is the expose of the year. Lest you forget, these are commandos, trained on how to evacuate VVIPS incase of any emergency. They are a walking weapon, capable of dispatching any threat to the person they are detailed to protect to the next life with the efficiency of lightning.

These are a select elite few GSU officers, the equivalent of the famed US Navy seals. They are extremely lethal, but wear a false demenour of harmless persons. Until you cross the red light. Enquiries have established that these commandos take orders from the Presidential Escort commandant. These powers are delegated to the subject of the protection.

That who protect the Deputy President have their own commander his duty is to ensure that the Deputy President is protected on a 24 hour basis. So what were these elite soldiers doing at the residence of Kapsaret MP Oscar Sudi? We will hazard guess.
Presidential guards have unmarked cars which they commute in.

It is in these vehicles that Sudi found a save haven to avoid and resist arrest. These vehicles acted as a mobile hide out place for Sudi. Sudi’s known vehicles were used as a decoy to confuse DCI officers that the Mp was on his home. While at his preferred hide out, probably the living security quarters at the DP’s residence Sudi continued to issue statements like a terrorist.

The matter is now in the hands of the police and the courts. But a few fundamental questions must be asked. Where was the commander of the Deputy President’s escort when his officers were absconding duty? Did he report them as missing? Why were they allowed to carry an equivalent of an armoury to the Sudi residence? Did they breach the oath of their office as enshrined by the Police Force Standing orders?

Which brings us to the next question. Who polices the police who are attached to VIP protection. Ruto is a civilian. As such, he can’t command even a constable. His role is to indicate his itinerary and leave the rest to the boys in shady blue. The person who carries the highest responsibility to this impunity must be punished, You can’t have commandos protecting suspects at whatever costs. More so when the police involved are deployed to the Presidency.

How then can we expect these officers to protect the President? And if they are not fit to protect the president, they can’t feign capacity to protect members of the public. They must be deployed to the national park, under close watch of elite poaching squads. These jokes must end. Is enough not enough?