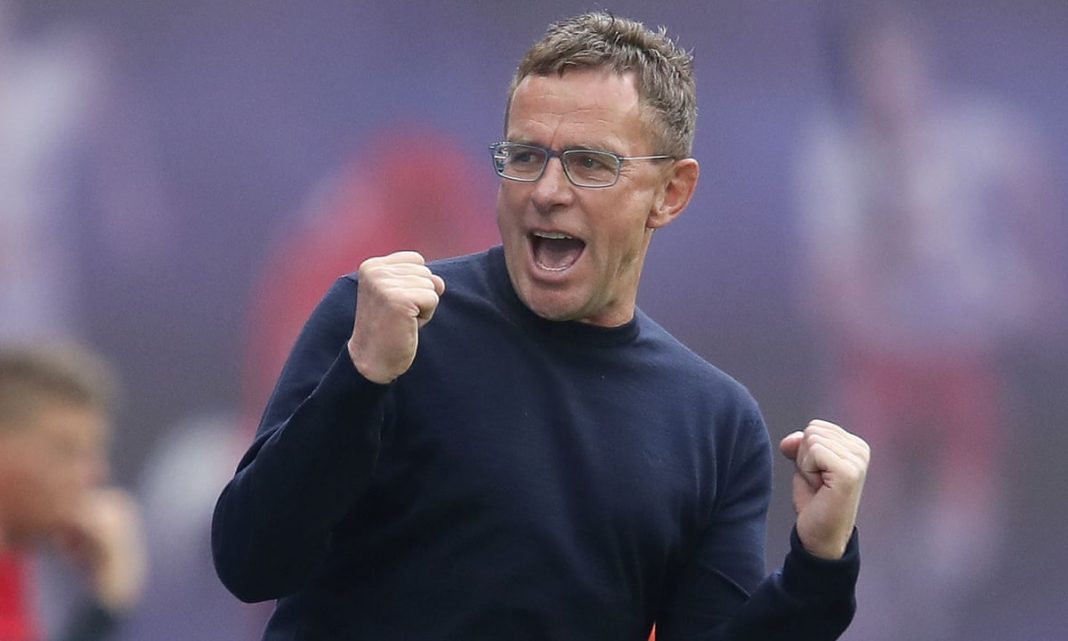 Manchester United interim boss Ralf Rangnick has not ruled out staying on as manager beyond his initial six months in charge.

Rangnick has succeeded Ole Gunnar Solskjaer until the end of the season before moving into a two-year consultancy role at the club.

“If everything goes well I might make the same recommendation that I did at RB Leipzig twice – that it might be a good idea to keep working with me for one year – but it is all hypothetical,” said the 63-year-old German.

Rangnick was at Old Trafford on Thursday to watch United beat Arsenal 3-2 in the Premier League and his first game in charge will be at home against Crystal Palace on Sunday at 14:00 GMT.

“The people with whom I have spoken have been very clear we are speaking of a six-month role as manager,” he said.

“We have never spoken about what will happen in the summer.

“Right now, I’m fully aware that they might be looking for a new manager. If they will then speak with me about that, we will see.

“For me, now it is about winning the next games and this is the major focus.”