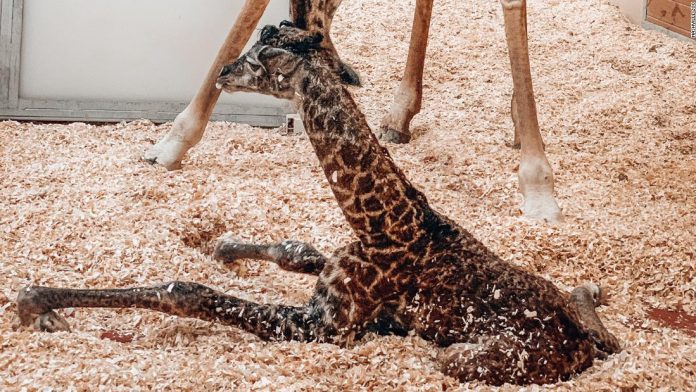 The Nashville Zoo is grieving the unexpected loss of a newborn Masai giraffe.

The first-time mother, Nasha, 6, gave birth to a healthy calf on Saturday following a complicated delivery, according to the zoo.

But after announcing the birth, zookeepers noticed the calf was in distress.

“We are heartbroken to announce that Nasha’s calf died shortly after our birth announcement earlier today after the calf was accidentally stepped on by her mother,” the zoo wrote.

“Our animal care team quickly intervened but were unsuccessful at saving the calf,” the zoo wrote.

“We are devastated over the loss of Nasha’s calf,” said Dr. Heather Schwartz, the zoo’s director of veterinary medicine.

Birth complications had led the zoo to take down the live feed during the birthing process as thousands tuned in, the zoo said.

Nasha’s calf has arrived, just in a different way than we expected!

Schwartz said the calf appeared to be thriving, and they decided to move the newborn to be with her mother.

The two were bonding, but during this time Nasha may have inadvertently injured her calf, Schwartz said.

Nasha is doing well and keepers will be giving her an abundance of comfort and care for the next few days, according to the zoo.

The International Union for Conservation of Nature (IUCN), the global authority on the conservation status of wild animals and plants, has labelled Masai giraffes, a subspecies spread throughout Kenya and Tanzania, endangered primarily because of poaching and changes in land use.