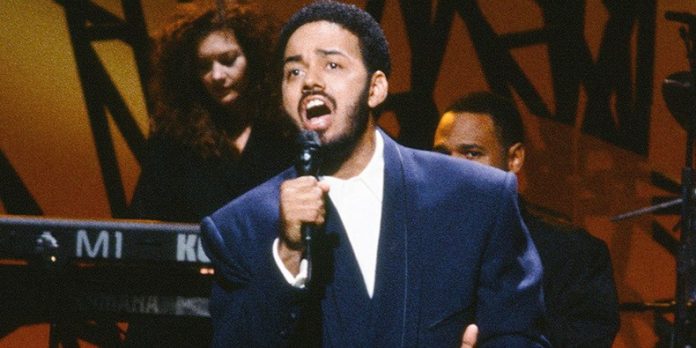 Grammy-Winning & Chart-Topping R&B Singer, passes on. Just a week after the death of the legendary afro-jazz artist, Oliver Mtukudzi, the world has lost yet another music icon, James Ingram.

James Edward Ingram was an American singer, songwriter, record producer, and instrumentalist. He was a two-time Grammy Award-winner and a two-time Academy Award nominee for Best Original Song. Ingram was known soulful smooth voice behind voice behind R&B hits like “Just Once” and “I Don’t Have the Heart.

He died at the age of 66 after what is said to be a long battle with cancer.

The news of the singer’s death was delivered by Actress and friend, Debbie Allen via Twitter saying she was blessed to have been so close to him.

“I have lost my dearest friend and creative partner James Ingram to the Celestial Choir,” performer Debbie Allen tweeted. “He will always be cherished, loved and remembered for his genius, his love of family and his humanity.”

His rise to fame came after he lent his smooth vocals to the songs Just Once and One Hundred Ways on an album recorded by industry legend Quincy Jones.

Ingram was born in Akron, Ohio, but left for Los Angeles with his band, Revelation Funk. The band broke up shortly after arriving in L.A. Shortly afterward, Ingram started working with Ray Charles as a piano player.

Over his career, Ingram was nominated for 14 Grammy Awards along with two Golden Globes and two Oscars, one for his duet with singer Patti Austin, How Do you Keep the Music Playing? that was featured in the movie Best Friends.

He will be remembered for beautiful, luscious and commanding voice that made him one of the defining singers of R&B in the 1980s. He has left behind a wife and 6 children.