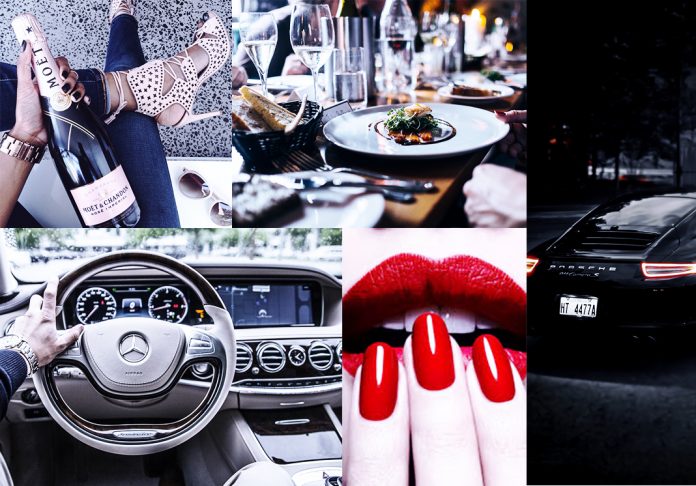 Wilkins Fadhili, a self-proclaimed brand strategist found himself in trouble after alleged clients exposed him of his “fraudulent” ways. He was branded as a conman and fake entrepreneur who duped his followers with fake images depicting a lavish lifestyle to get business connections and money.

Fadhili has previously been featured as a mentor on Safaricom’s youth mentorship network, Blaze, as well as in the Business Daily’s Top 40 Under 40 Kenyans. He is the rumoured to be the founder and CEO of Fashion Torch and BrandLab Africa, an organization handling personal branding.

Trouble started when he posted a picture on Twitter bragging about how he was Larry Madowo’s Brand Strategist and Manager. Wilkins claimed he was working to position the current BBC Africa Business Editor as a global brand.

All hell broke loose when, in a tweet, Larry called Wilkins out and denied having any connection with the man.

Some other clients he had purported to work with include; Edith Kimani, Usain Bolt, Suzzie Beauty, Victoria Rubadiri, Cold Stone Creamery, Collins Injera, Anerlisa Muigai, Betty Kyallo, Adelle Onyango and Elani among others.

Most of the celebrities came out to deny any association with him. They said he used them to market himself.

“Wilkins sits next to me at a function, has a photo snapped and all of a sudden becomes my brand manager,” protested Rubadiri.

She continued, “Let me be clear. I am NOT managed by him or any company affiliated with him.”

It emerged that he didn’t have any offices and websites. He was under heavy backlash when people took to twitter to demand their cash back.

Previously, in a news feature, which has since been pulled down, Fadhili had told a local daily that he used to make at least Ksh. 30,000 daily by cooking 3,000 chapatis a day to pay for his Masters in the United Kingdom; a story most Kenyans on Twitter found fishy.

After the controversial stories he apologised to people.

“I honestly want to apologize to everyone for this whole story. I made a huge mistake, and I am paying dearly for it. For all who it has touched and hurt, I am working to make amends and I apologize.” He said.

Fadhili is among the many celebrities who have been exposed for living a fake life.

Former NTV presenter, Kobi Kihara found herself in hot soup after Kenyans came out in large numbers to accuse her of Plagiarism after a hawk-eyed fan noted a photo of a plate of salad she claimed to have prepared while it was actually googled from the internet.

Several random images from her Instagram account also gave similar results, including a wide collection of expensive stiletto heels she claims to have bought.

On a certain photo of an appetite whetting salad, she provided the recipe and said she found the ingredients and condiments in her mother’s fridge.

These are among the media personalities who have been exposed for living a lie. Many celebrities post pictures of a lavish lifestyle; expensive drinks, cars, amazing getaway holidays, beautiful homes, perfect relationships, perfect selfies, amazing bodies, and perfect families.They have painted perfection in everything they do. Something that makes people want to live the ‘good life’.

Most people hence get the pressure emulate them. Some start questioning their worth because they do not look good or happier like them.

Social media creates the illusion that ‘everyone is doing better than you. Fact is many people are seeking validation and approval from social media. The number of likes and followers is used to determine someone’s worth. People think you are not important or interesting when you have a low amount of social media metrics. This is making people live out of their means just to please others and get many likes, followers and re-tweets.

Truth is, social media shouldn’t be used to define your worth.

People have literally embraced the phrase ‘fake it till you make it’ until their world came crumbling down just like Fadhili’s case.

Let’s be real and embrace who we are shall we?