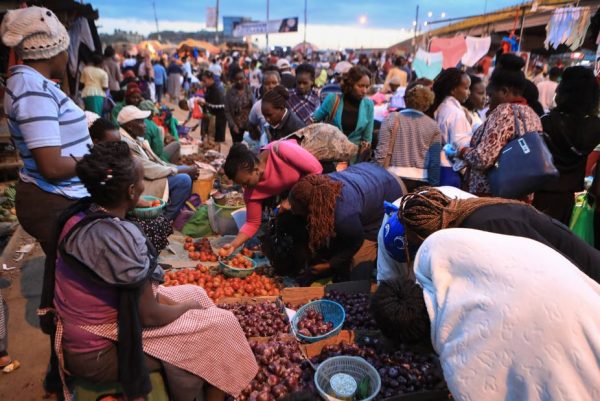 Kenya has become the first country in Africa to collect data on intersex people in its national census which runs to the end of August. Intersex refers to people born with physical characteristics that do not fit the typical definitions of male or female. Boniface Ushie responds to questions on the context and significance of Kenya’s decision.

Kenyan law does not recognise intersex as a separate gender. So why has the Kenya Bureau of Statistics classified intersex as a “third gender”?

It’s true that the law does not generally recognise intersex. But its inclusion in national data is a giant stride by the Kenyan government. It means that, in future, society may become less troubled by those who do not fit cultural sex and gender norms.

Labelling intersex as a third option on the census form seems to be the safer option for the government. It has certainly won over intersex advocacy actors, and for those individuals who sleep and wake up and live in those very bodies.

The recognition is of critical importance in other ways. As the first country in Africa to officially include intersex in its population census, Kenya has set the pace for other African countries. Secondly, the decision to include intersex also portends hope for other people of diverse sexual orientation and gender identity and expression. It holds the promise of inclusivity and liberalisation of the legal and policy environment.

Over the years, numerous court petitions have been lodged to address the exclusion of intersex people in various forms. The petitions have cited marginalisation and discrimination such as denial of birth papers, and national IDs.

These cases have been championed by advocacy groups, such as the Intersex Persons Society of Kenya, as well as individuals, who have brought civil lawsuits against the systemic discrimination of sexual and gender minorities.

In 2009, a Kenyan woman made headlines when she went to court after doctors wrote a question mark instead of a gender on her child’s birth papers. Among her demands were birth papers for the child to be able to join school. It became a prime example of the need to clearly and legally recognise intersex people.

In addition, civil society and advocacy groups have engaged in sustained public sensitisation and policy advocacy to remove the discrimination and stigma associated with being intersex in Kenya.

The exclusion and marginalisation of intersex people have significant consequences for the members of this group in many ways. The question of identity and recognition is one of the critical implications of the nonrecognition of the intersex community. Without a precise categorisation of an individual, it becomes impossible to obtain identification documents such as national identity cards and passports. This means that access to fundamental rights such as education and employment is either denied or curtailed.

Historically, intersex people were referred to, often derisively, as “hermaphrodites” owing to fact that they have both male and female sexual organs or chromosomes. In recent years, the term hermaphrodite has been replaced with “intersex” in appreciation of the fact that this particular group of people does not fit the typical normative “male” and “female” sex classifications.

For a long time, they were often viewed as a mythical notion, with many never really believing in their existence. The atypical nature of the sexual organs of intersex people tended to create a perception that they were cursed and were harbingers of evil.

Intersex must not be seen as a medical problem, but a naturally occurring phenomenon. Around 1 in every 100 people is born with intersex features. That means that there are approximately 60 million people around the world who are intersex. Sadly, some parents of intersex children have sought clinical surgery as a way of “correcting the error”.

According to a 2013 report by the United Nations Special Rapporteur on Torture, “genital normalisation” or “gender assignment” surgeries are akin to torture, especially if not done with the full decision-making right of the intersex person.

The mainstream societal definition of what is morally “good” and “normal”, in addition to the notion of hermaphrodites as mythical beings, has led to the discrimination and marginalisation of intersex individuals.

The notion that there is diversity in sexual orientation and gender identity and expression has been fiercely opposed in many African countries.

Owing to its “otherness” intersex has been erroneously classified together with the sexual orientation and gender identity and expression categories. These include lesbians, gays and bisexuals. As such, the discrimination and hate directed at these individuals and groups are equally targeting intersex people.