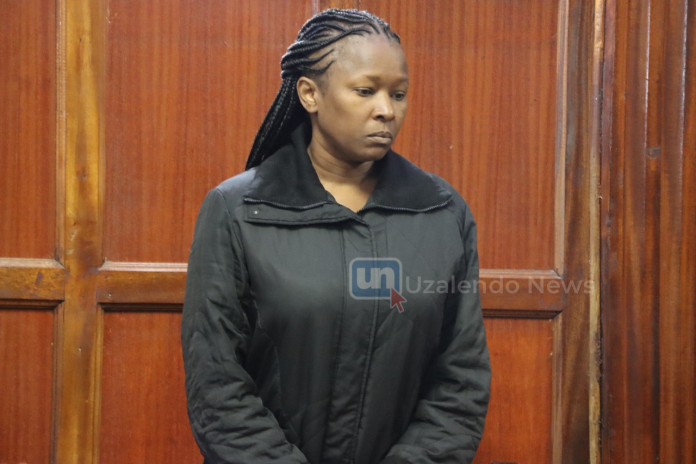 A middle-aged woman was arraigned in court facing charges of intentionally withholding payment delivered erroneously contrary to the penal code.

Purity Kinanu Muthuri appeared before Principal magistrate Bernard Ochoi where she denied the charges of retaining money send to his account erroneously.

According to the charges, Purity Kinanu Muthuri, unlawfully, intentionally and knowingly received and withheld a transaction of Ksh 100,000 send to her mobile number by the complainant from his Mbanking equity account using his mobile number in error which ought to be received by another person.

The court was told that Purity Kinanu Muthuri defied requests to have her reverse the money to the sender prompting the complainant to launch a complaint with the Police.

She pleaded with the court to release her on a lenient cash bail stating that she had a young family.