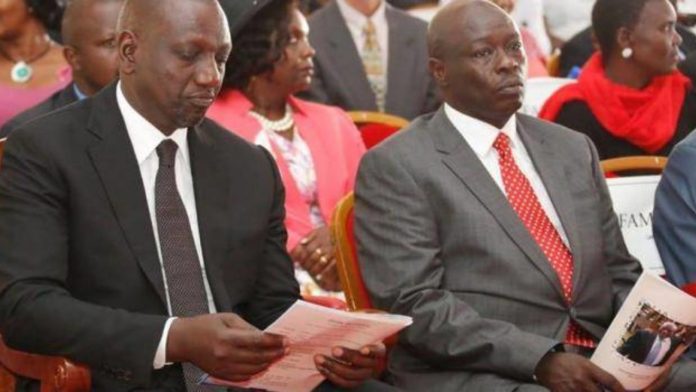 As they say, choices have consequences. Mathira MP Rigathi Gachagua is a marked man. Just like others who dare to dream about DP Ruto Presidency and are domiciled in Central Kenya. – By Enock Mukoma.

The Nyeri legislator is being probed by the Directorate of Criminal Investigations (DCI) for Money laundering offenses dating back to the days when he was the personal assistant to his brother-then the Governor of Nyeri, the late Nderitu Gachangua.
However, Rigathi is not a stranger to controversy.

He was an aide to Uhuru Kenyatta during the President’s days in the opposition as an official leader. They remained together until 2008, but now Rigathi has chosen to dare Uhuru at his lethal most.

And so on Tuesday, Rigathi will be served as a living example for the likes of Ndindi Nyoro, Moses Kuria, and Kimani Ichungwa…and the consequences may be grave politically.

Rigathi is accused of engaging in massive money laundering during the reign of his brother as Governor of Nyeri County.

READ  Kihika Abortion bill -- What is at stake