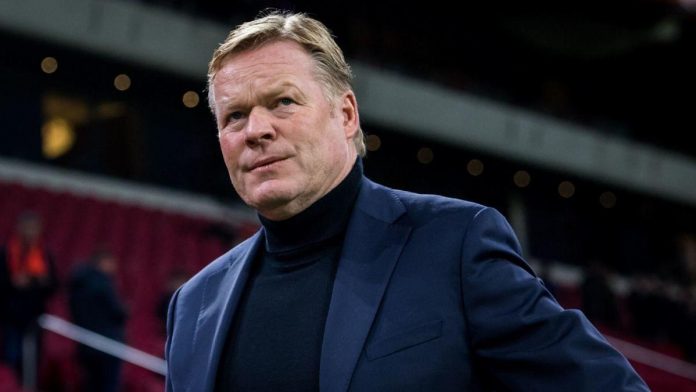 Barcelona will appoint Holland boss Ronald Koeman as their new manager this week with Quique Setien set to be sacked after the club’s humiliating 8-2 loss to Bayern.

Former Everton boss Koeman emerged as the Catalan side’s key target in the wake of the Champions League quarter-final humbling, and the club plan to install him as the new man in the dugout this week after Setien’s departure has been confirmed.

Ex-Tottenham manager Mauricio Pochettino had also been touted as a possible candidate for the role despite vowing to never take over after managing rivals Espanyol, but now Koeman is set to take the side forward into a new era.

He featured 350 times for the Spanish giants Koeman and continues to carry his Barcelona affections with him everywhere he goes. The 57-year-old even has a personalised ‘BAR’ number plate on his black Bentley Continental to reference his link to the club. The 57-year-old also spent times as assistant manager to Louis van Gaal between 1998 and 200 – only increasing his desire to become the main man.

He has made no secret of his hopes to return to the team in a managerial capacity, confirming he had a clause in his contract with the Netherlands team that allowed him to move to Barca after Euro 2020.

Even though the competition has been delayed until 2021, Koeman earlier this year told Marca that the terms of the deal still stood.

‘The clause in my contract to go to Barcelona is for after the European Championship.

‘No date has been mentioned, so now it’s after the European Championship in 2021. But I haven’t thought about it for a second anyway.’

One of his first jobs after taking control of his beloved side will be to convince talisman Lionel Messi to commit his future to the club.

With Barcelona now in a state of crisis, it is their club icon they turn to as they seek a similar rejuvenation following a miserable campaign.