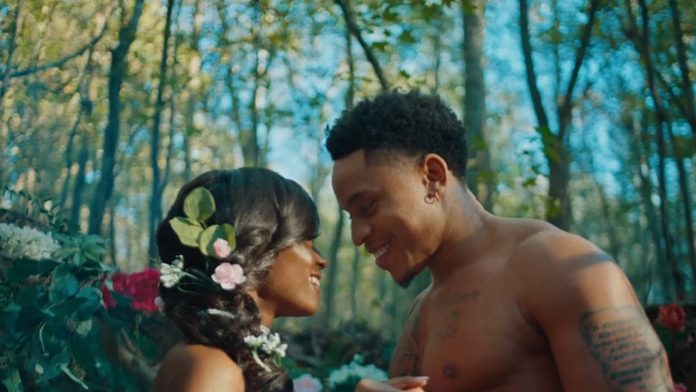 Vanessa Mdee who is a singer from Tanzania is officially off the market after her boyfriend Rotimi proposed to her and she said yes. They are both from Africa with Olurotimi from Nigeria and Vanessa Mdee from Tanzania. – By Stephanie Mwangi.

Rotimi went down on one knee just like it is the norm to propose and Vanessa said yes and the two kissed in happiness .

The two are based in Atlanta. They both started dating last year in October and Vanessa was seen on a baecation in Miami with the Power star who is also a singer and is known for hit songs like there is a meeting in my bed.

Following the recent meetings Vanessa then moved to Atlanta to stay with Rotimi   and he is known by his stage name Andre Coleman. After few months of being together Vanessa decided to quit her music career and she termed the music industry as being demonic.

In her podcast show last year in November she said since she met Rotimi a lot has changed in her life and she is happy with the decisions and directions she took.

“In our case we have spent every single day together and to say we have grown is an understatement. We have been pruned, plucked, groomed, and cultivated restored and it has been a beautiful experience and personally this is our new normal and every day in isolation with you sounds about perfect.”