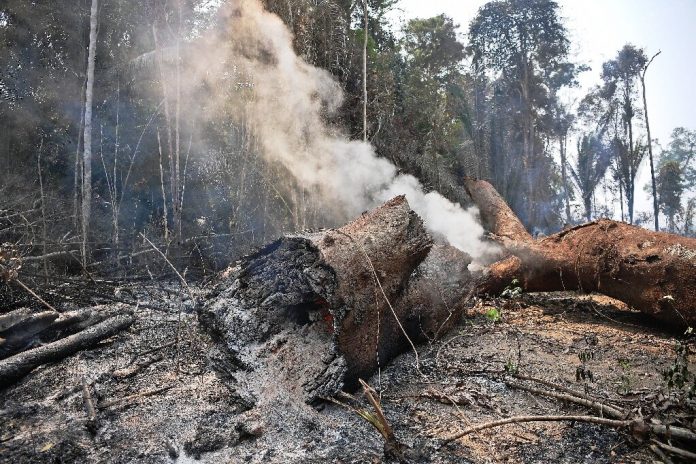 The Kenya Forest Service (KFS) has confirmed an incidence where a group of youths invaded Gacarage Forest rangers camp and burnt down two prefabricated houses.

This followed the arrest of two men who were found logging trees and burning charcoal in a natural forest area called Kiloso.

The arrested are Mr. Kelvin Terer and Mr. Denis Kipyegon.

Three others in the company of the culprits managed to escape arrest. The three escapees are reported to have raised a false alarm that the two who were arrested had been shot by KFS rangers in a bid to mobilise the youth in burning the rangers camp at a time when the rangers were conducting the forest patrol.

The two are being processed by KFS officers before being handed over to Londiani Police station for further action.

The officers who are on site currently are Forest Station Manager, OCS and the Commander KFS rapid Response Unit, Londiani.

The Chief Conservator of Forests Mr. Julius Kamau while condemning the heinous act by the criminals, hailed the two rangers who despite being in remote camp managed to effect the arrest of the two culprits and in doing their rightful job.

He further retariated that KFS will not relent its efforts in safeguarding the public forest resources and that all those found culpable will be faced by the full force of the law.

He urged the forest adjacent communities and especially the youth to desist from such negative actions but rather partner and cooperate with KFS in managing and protecting the forests but also volunteering information on the enemies of the forests for the mutual benefits.