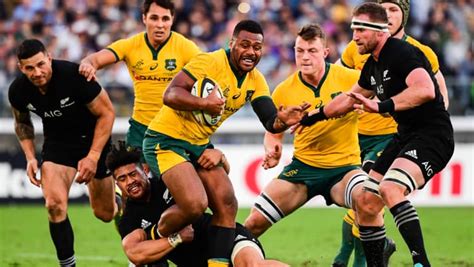 MELBOURNE – Rugby Australia is in talks with the government about allowing New Zealand, South Africa and Argentina’s teams to enter the country and be based in a “hub” for a condensed Rugby Championship later in the year.

After a two-month lockdown to contain the spread of COVID-19, Australian authorities have allowed sports to restart domestic competition but international fixtures remain in doubt due to travel curbs and border controls.

“We’re exploring with the Australian government whether that can be a bubble here in Australia and we fly in all of the SANZAAR partners and they are in a training bubble and then we can quarantine effectively and play a competition,” RA interim CEO Rob Clarke told reporters in Sydney on Tuesday.

SANZAAR, comprised of partner rugby unions in Australia, New Zealand, South Africa and Argentina, is the governing body of the four-nation Rugby Championship and Super Rugby.

Australian and New Zealand officials have spoken for weeks of opening up a “trans-Tasman bubble” of restriction-free travel between the two countries, which have reduced COVID-19 infections to a trickle.

New Zealand Rugby did not provide immediate comment when contacted by Reuters.

Clarke confirmed RA was trying to extend the annual Bledisloe Cup series between the Wallabies and All Blacks to four tests from the usual three.

“It’s a great product, gains a lot of attention and we feel at least a four-game series is something we can work into the calendar this year to work for them and us,” Clarke said.

RA said on Monday it would lay off a third of its full-time staff along with dozens of contactors and casual workers to cope with financial pressures brought by COVID-19.

Clarke said RA’s high performance programs would not be affected.