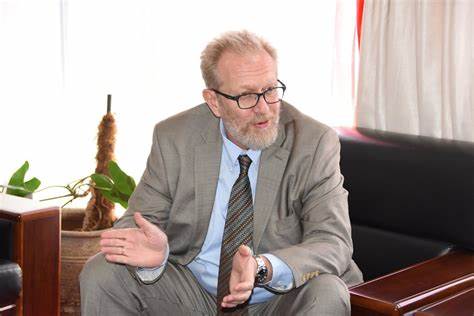 Following the victory of William Ruto in the recently concluded general election, Russia has joined other states in congratulating President-elect William Ruto on his victory.

In its congratulatory message to Ruto, the Russian embassy in Kenya said it was looking forward to continuing and further developing comprehensive and mutually beneficial cooperation with Kenya.

“The Embassy of the Russian Federation in the Republic of Kenya has the honour to congratulate H.E. Dr. William Samoei Ruto upon the announcement of him being elected as President of Kenya,” the statement read.

“We are confident that the friendly relations between our two countries and peoples will be reinvigorated and further strengthened.”

On Tuesday, Museveni revealed that he had spoken with Ruto over the phone on Monday evening to reassure him of his support.

“Further to my telephone call last night upon your victory, I wish to reassure you of Uganda’s commitment to continue partnering with Kenya in advancing regional and continental agenda through the East African Community, African Union and other multilateral platforms,” the Ugandan leader said.

Chebukati on Monday after some fracas at Bomas of Kenya tallying centre declared Ruto as the president-elect after he garnered 7,176,141 votes representing 50.49 percent of the total vote, while his rival, Raila Odinga got 6,942,930, which was 48.85 percent of the vote.