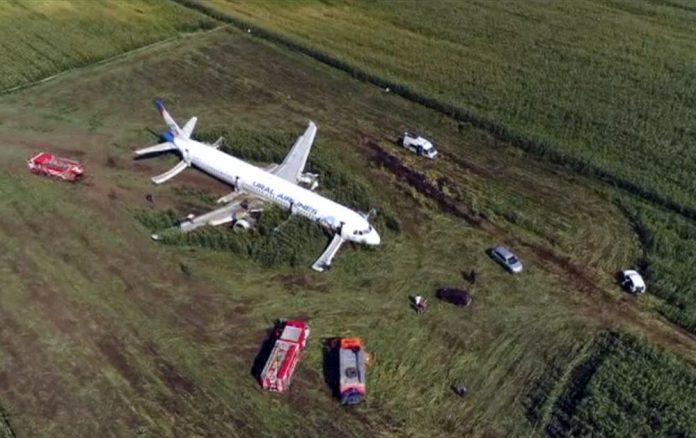 A Russian Airbus with more than 230 people on board was forced to make an emergency landing in a maize field outside Moscow on Thursday after crashing into a flock of seagulls.

The Ural Airlines A321 was carrying 226 passengers and seven crew from Moscow’s Zhukovsky airport to Simferopol.

The plane landed in the maize field about a kilometer from the runway, with its engines off and landing gear retracted, Rosaviatsia said.

Passengers were evacuated on inflatable ramps, with some taken to hospital and others back to the airport.

The health ministry said 23 people were hospitalised, including nine children, but that none suffered serious injuries.