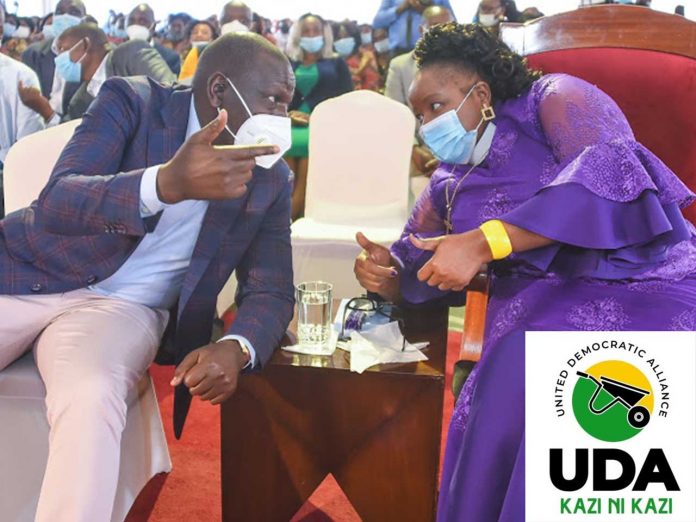 The former Starehe legislator was officially awarded nomination papers to vie in the Nairobi gubetnarial race bythe UDA party, which recently unveiled its presence in the political arena.

Speaking at the House of Hope Church in Kayole, Nairobi County, DP Ruto said the bishop was the safe pair of hands Nairobi needs inorder to uplift the hustlers in the city.

“Margaret Wanjiru is the right candidate for the hustlers of Nairobi, and all of us will rally behind her.” He added.

Bishop Wanjiru will square it out with Miguna Miguna from Third Way Alliance, Ferdinand Waititu among other leaders who have expressed their interests in occupying City Hall.

This affirms speculations that the Deputy may seek his 2022 presidency using the new political outfit.

The party is led by former Machakos Senator Johnstone Muthama. Owing to his hard stance against operations of the Jubilee party that seemed to be blocking Deputy President William Ruto from 2022, the DP is rumoured to vie for his candidature under the party.

The party has since picked Alex Lanya for Matungu, while Evans Kakai is expected to be picked to fly the new party’s ticket for the Kabuchai Constituency.

EACC Moves in on Irungu Kangata after BBI Fall-out