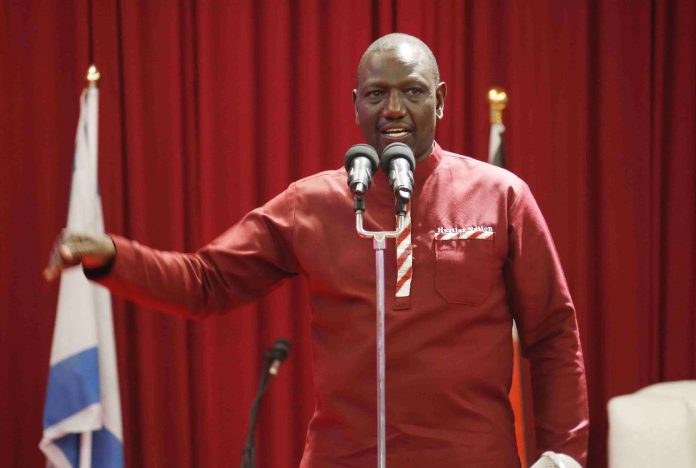 Deputy William Ruto has retaliated against his boss President Uhuru Kenyatta urging him and his politicians to not entertain tribal politics – By Gerald Gekara.

“We cannot go back to tribal politics, we can only move forward if leaders stop seeking leadership positions based on their tribes, and instead focus on ideologies “DP Ruto said.

The stunning response comes a day after Uhuru took on the ‘hustler vs dynasty’ politics. He then jokingly said that Kenyans should also elect a president from another tribe considering the tribe of the past presidents.

“Leadership positions are not awarded, leaders are chosen by Kenyans, if you say you are tired of I don’t know… a dynasty, you are free to seek mandate from the people, let us respect each other,” he said.

““Only two communities have occupied the Presidency in Kenya. What if we say it is time for other communities?” Uhuru added.

“Let us come together as Kenyans and talk as Kenyans. That is what will deliver the dreams of the founding fathers of our nation. That way, we will be able to build a united Kenya where plenty is found within our borders.

“That is what we want and that is what my brother Uhuru Kenyatta and I stand for,” Mr Odinga said.