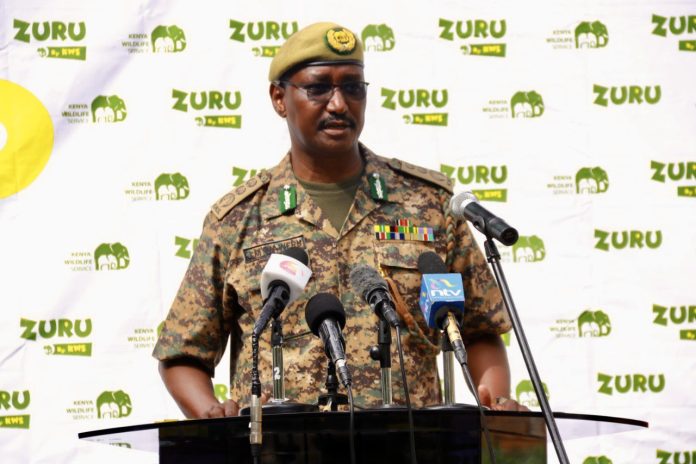 Brig Waweru, who took office in March 2019, was sent home on Monday, just moments after attending the Principal Secretaries’ handover ceremony at the Ministry of Tourism, Culture, and Wildlife.

As the government seeks a new Director General, he has been replaced in an acting capacity by Dr Erastus Kanga, the current Wildlife Secretary in the State Department of Wildlife.

Former President Uhuru Kenyatta appointed Brig Waweru to replace former acting Director Julius Kimani, who died in office, but he took over from Prof Charles Musyoki, a distinguished wildlife expert who was also serving in an acting capacity.

His appointment came as the KWS Board of Trustees was looking for a new man to enter the proverbial lions’ den.

The Board of Trustees was on its second day of interviewing candidates for the top KWS position when President Kenyatta appointed the retired military man to the position, throwing the process into disarray.

The recruitment panel’s chairman, Dr. John Waithaka, the chair of the KWS Board of Trustees, resigned in protest after the appointment caused unrest among the staff.

The retired brigadier did not apply for the job and was never interviewed.