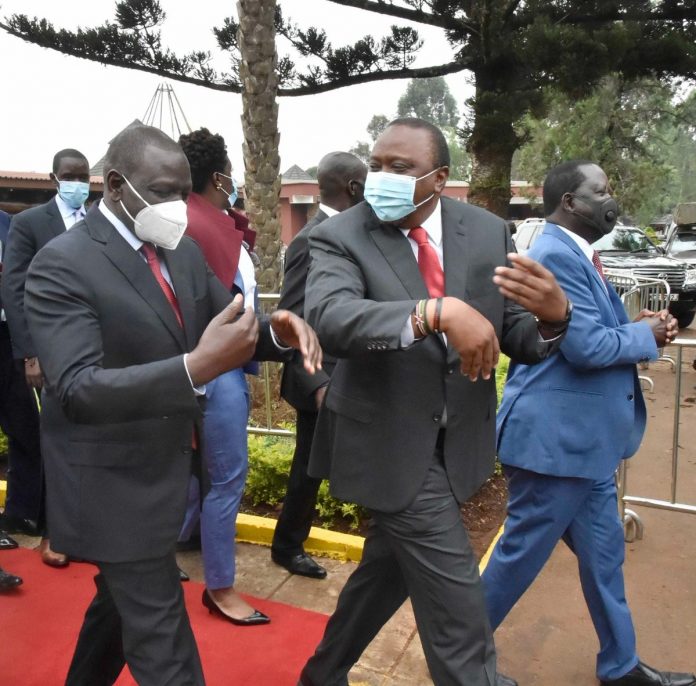 Supporters of the Deputy President William Ruto have expressed their dissatisfaction over the alleged softening of their prefferred politician, who has been hot on the heels against the forthcoming refferendum. – By Gerald Gekara.

Airing his sentiments over his twitter account, Ruto talked back at a local daily for insinuating that his stance on the Building Bridges Initiative (BBI) has been compromised.

“Rush NOT to CONCLUSIONS or pretense to PROPHECY.I’ve received OVERWHELMING FEEDBACK (All shades)from Kenyans. ASANTE.The FURY of political MERCHANTS desperate to ENCASH (Like they did COVID19) A DIVISIVE referendum is shockingly EVIDENT.Possibility of CONSENSUS is their NIGHTMARE.” Ruto tweeted.

He however continued to lash out at BBI supporters for allegedly looting the public of funds for the referrendum which Ruto argues was the plan of the opposition party leader Raila Odinga.

Later on the DP tweeted that he has a duty to stand by the president, a statement that has cast his supporters in the rain.

Ruto insisted that despite the disaggreements, some of the issues were addressed by the BBI team.

“I’ve CONSTITUTIONAL duty to assist my boss,the PRESIDENT.We’ve made IMPROVEMENTS to BBI post bomas. Now working on CONSENSUS for kenyans to have REAL CHOICES to decide/vote while avoiding yes/no,all/nothing DIVISION.We avoided lose-lose we can overcome win-lose to achieve WIN-WIN”

These are some of the reactions of his following

Maina – “Beginning to loose trust in you, we all know the bbi got nothing for the commoners. Now that you’ve been heard n you interest met we should support it reall!!!”.

Evans – You have totally betrayed the Hustler Nation,,, we will reject @bbi without you…

jshegu – It doesn’t matter it the Amendments have address your concerns, so long as Lifetime Governors clause is still there…FORGET NO! NO! NO!

Kiragu – A country full of jokers. Ata wewe umeingia kwa hii bandwidth, we have not finished implementing the 2010 constitution but mnataka kuspend taxpayers money to bring a few changes while Wanjiku’s are suffering. Doctors are striking, failure to control covid, huge graft cases.