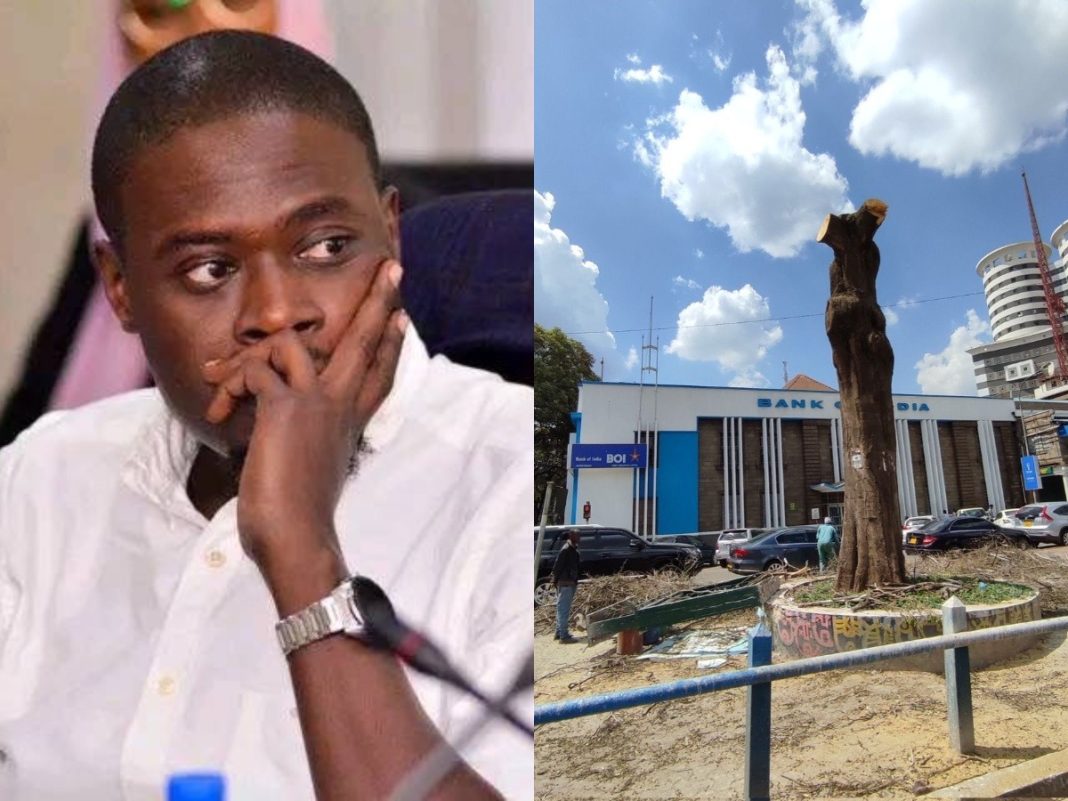 Nairobi Governor Johnson Sakaja got caught up in a scuffle during a tree pruning exercise in the Nairobi Central Business District on Thursday evening (CBD).

In a tweet, the governor chastised his officers for pruning the tree along Kenyatta Avenue, claiming that he had spoken with the officer in charge and was awaiting a response on the grounds for the trimming.

“It has been brought to my attention about these officers cutting down trees. We plan to increase the tree cover within the CBD and I do not support it. I have asked the responsible officer,” Mr Sakaja said in the tweet which he deleted after a few minutes.

He later replaced it, tweeting: “I have been assured that the pruning done after the outcry by pedestrians due to the recent Marabou stork’s invasion was procedural and that the tree shall be nurtured. Again I reiterate, we will increase our tree cover in the city. I was upset as you all but the tree will grow.”

The tree was home to marabou storks, some of which had become homeless as more trees were felled along Uhuru Highway to make room for the Nairobi Expressway.

It was unclear why the governor used to social media to criticize his cops since he is the one in control of the county.

A trimmed tree can still grow new branches and leaves.