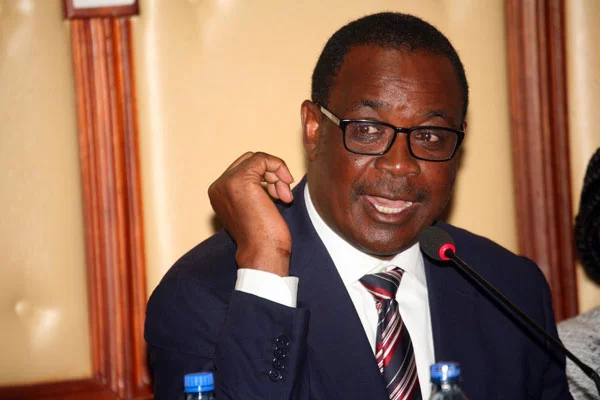 Former Nairobi governor Evans Kidero has made the sensational remark that the Luo people must liberate themselves from emotional enslavement.

Dr. Kidero, who contested unsuccessfully for Homa Bay governor last month, made the statements in a statement on Friday on the petition he filed challenging Governor Gladys Wanga’s election victory.

“The people of Homa Bay and the Luo nation must be saved from emotional slavery, a political business cartel and blackmail buy the six piece cultists who don’t give a damn about our development,” said Kidero.

Dr Kidero further alleged that the will of the people was subverted during the election of Speakers in the Luo Nyanza County Assemblies, in an unrelenting attack on the region’s leading political organisation, the ODM.

“The events of the last few days, where MCAs’ will for the election of Speakers in the Luo Nyanza counties was subverted is a further testimony to the rightfulness and fidelity of saving our country from destruction,” he said.

“The people of Homa Bay manyien (new) leadership is also consulting and discussing with likeminded Kenyan leaders for us to be part of the national agenda. We will have our own train which will deliver us from this slavery of over 60 years. Let us stay committed. We will be free at last!” he added.

At the same time, Dr. Kidero stated that he had substantial proof of election violations and malpractices in the county’s governor campaign, which he would show in court when the hearing on his petition begins in the first week of October.

“We all know who won the Homa Bay gubernatorial election in August and how the will of the Homa Bay people was subverted. We leave that to the wheels of justice to make a determination,” he said.

Dr. Kidero was elected as the first governor of Nairobi County on an ODM platform in 2013, however he was defeated in the 2017 election by Mike Sonko. He then kept a low profile until declaring his comeback to politics in this year’s elections.

After falling out with the ODM leadership, he ran a successful independent campaign, finishing second with 152,182 votes to Mrs Wanga’s 244,059 votes.