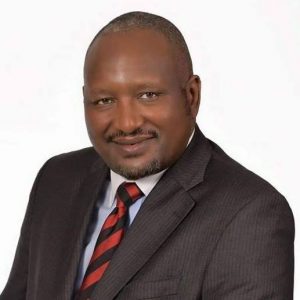 A tribunal in Nairobi temporarily halted the suspension of KANU Secretary General Nick Salat pending a hearing on the matter on Friday.

Salat had filed a lawsuit to prevent his expulsion from the party.

Desma Nungo, Chairperson of the Political Parties Disputes Tribunal (PPDT), stated that the notice of motion application was filed under Certificate of Urgency on January 19, 2023, for consideration ex-parte in this first instance only.

“That interim conservatory orders are hereby issued staying the implementation of the 2nd Respondent’s letter dated 15th December 2022 suspending the Applicant as the Secretary General of the Party given under my hand and seal of the Honourable Tribunal this 20th day of January 2023,” the stay orders state.

Nungo stated that the notice of motion application was filed under Certificate of Urgency on January 19, 2023, for consideration ex-parte in this first instance only.

As a result, the PPDT chairperson directed that responses be filed and served within five days.

The first respondent was the KANU National Executive Council, and the second was former Baringo Senator Gideon Moi.

The case will be heard in a Nairobi court on January 27, 2023, at 2:30 p.m., to confirm compliance and to issue further directions.