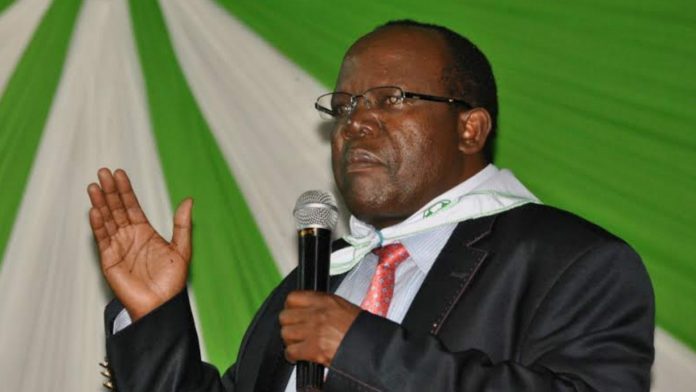 Sam Nyamweya has termed the planned Football Kenya Federation (FKF) elections as ‘mischievous’ and an ‘illegality’.

Speaking on behalf of allied stakeholders, the former FKF boss echoed the Sports Registrar Rose Wasike’s latest demands made to the federation before holding the national polls on Saturday.

Wasike made clear demands especially on the conduct of the county elections in September and said FKF must follow the laid down procedures before going on to carry its national polls.

“The law of the land must be respected. We must conform with the Sports Act and we have all along been saying this [FKF elections] has been mischievous and you can now see,” Nyamweya  saidon Thursday.

Among other things that the Sports Registrar raised is the manner of the submission of names of regional elected officials.

“Further, your submission of the newly elected officials was submitted one day after the deadline for submission which ended on 11th October 2020 as it needed to be within 21 days from the date the elections were held.”

Wasike further claimed the new office bearers could have been elected without getting due clearance.

“You, however, submitted the list of officials who were elected without copies of their clearance certificates hence meaning that they vied for positions without the requisite clearance by the above government agencies and therefore they were in violation of Paragraph 20 (2) (f) of the sports registrar regulations.”

Nyamweya did not go for clearance to challenge Nick Mwendwa in the upcoming elections whose fate may now lie uncertain over the new demands.

“In view of the above, it would have been prudent for FKF not to proceed with the planned elections to allow them to put their house in order and conform to the national laws of the country and Fifa Statutes before proceeding with the elections,” the letter concluded.

FKF has attempted to hold the mandatory elections twice but they were stayed by the Sports Disputes Tribunal (SDT) over concerns that were raised by interested parties.