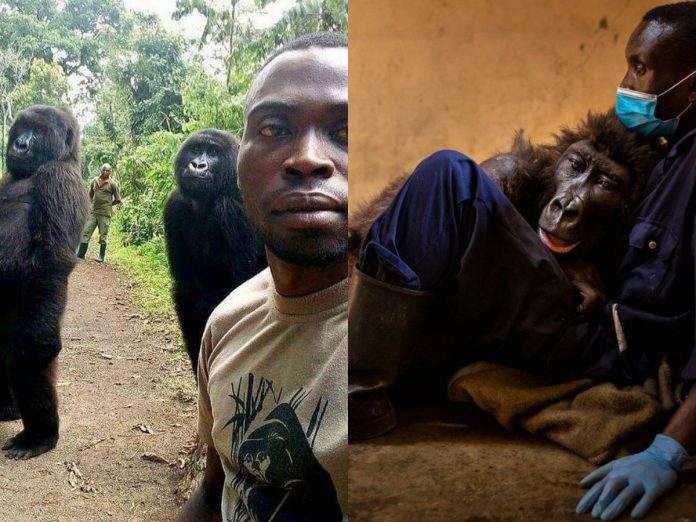 Ndakasi, a mountain gorilla famed for a viral selfie with a park ranger’s selfie has died.

According to a statement released Tuesday by the Virunga National Park in the Democratic Republic of Congo, Ndakazi “took her dying breath in the loving embrace of her keeper and lifetime companion, Andre Bauma.”

She died at the park’s Senkwekwe Center, where she had lived for more than a decade, after a long illness, according to the announcement.

Ndakasi had been looked after by Bauma since she was discovered clinging to her deceased mother’s body by park officials and transported to the center known for caring for orphaned mountain gorillas, according to the statement.

He added that Ndakasi’s “sweet nature and intelligence” had helped him “to understand the connection between humans and Great Apes and why we should do everything in our power to protect them.”

“I am proud to have called Ndakasi my friend,” he said. “I loved her like a child and her cheerful personality brought a smile to my face every time I interacted with her. She will be missed by all of us at Virunga but we are forever grateful for the richness Ndakasi brought to our lives during her time at Senkwekwe.”