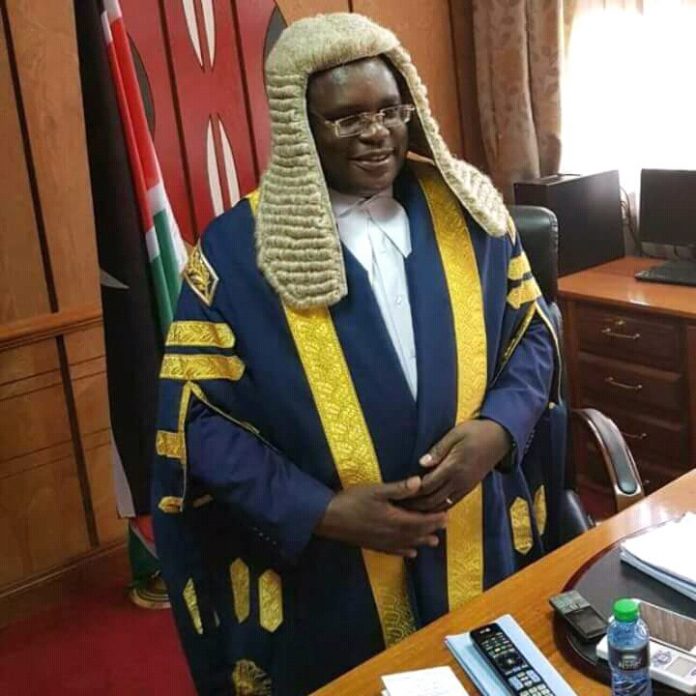 Senate speaker Kenneth Lusaka has convened yet another special sitting on Monday to try and resolve the emotive County Revenue allocation formulae. The sitting will start at 10am In a special sitting on, August 17th, 2020.

Lusaka convened the sitting via a gazette notice seen on Friday on Friday 14th august 2020.

The senate will be meeting for the record 9th ninth time in a bid to unlock the impasse that’s suffocating county operations.

The speaker adjourned the house on Tuesday after more new amendments were introduced to the formulae that has left the hose divided along county lines.

The ruling that adjourned the house did not go down well with a section of legislators’ faulting the speaker’s decision terming the it not procedural.

Firebrand Narok senator Lederman Ole kina has since taken to twitter saying “It’s really sickening that we can’t have an Independent Parliament in the 21st century in Kenya! The leadership has failed and soon when they are unable to get their way they will push for another adjournment… this time for a very long time and we return to dictatorship! ABSURD” he wrote

. “I need your help on Monday. Just give me cover. If they adjourn unceremoniously, I will grab the mace. We shall install a temporary speaker and pass a formula for Kenya,” Kericho senator Aaron Cheruiyot responded to the tweet via tweeter.

The third generation formulae debate has put the senate wisdom on the spot.

Party leaders have failed to woo their members to back the one man one shilling one vote formulae tabled by Irungu Kang’ata, the formulae propose to share revenue on population basis something that would lead to marginalized counties with less population loose a chunk of their initial allocation.

The divisions in the House have resulted in numerous amendments to the report by the Finance committee chaired by Kirinyaga Senator Charles Kibiru. Senators rejected a suggestion that sees 39 counties gain and eight covered by the Equalization fund, while the Kibiru report puts counties gaining at 29 from 22

However, claims of bribery, intimidation and threats have become the order of the day.