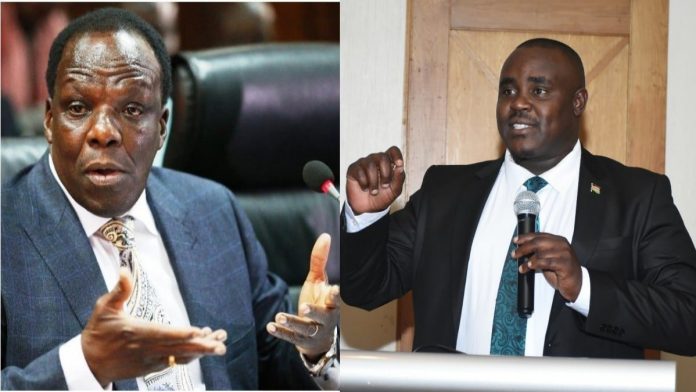 Kakamega senator, Cleophas Malala has accused Governor Wycliffe Oparanya of awarding county tenders meant for the young people, women and for people living with disabilities to his friends and relatives. – By Stephanie Mwangi.

According to the senator he claims that the county government procurement office gave out 12 contracts for bush clearing which will be used to steal county money in the next two weeks.

“Governor Oparanya has awarded Bush clearing tenders to his friends and relatives, tenders that were meant to benefit the young people, women and people living with disabilities from Kakamega County. Kakamega county contracts should be given to a few selected contractors who are friends to the governor.” wrote Malala

He went on to claim that the 12 contracts are worth 4 million each.

“If you look at the companies that were awarded the tenders are friends of the governor, his friends who helped him campaign in Matungu are the people that have been awarded the 12 tenders “said the senator

He went to say that bush clearing requires no machinery and if so why weren’t the kazi mtaani youth were not awarded the bush clearing tenders.

He went on to call on the DCI to investigate on the matter.