Home Newsbeat Sidelines: Harambee Stars Will Have to get Creative with their Official Jerseys 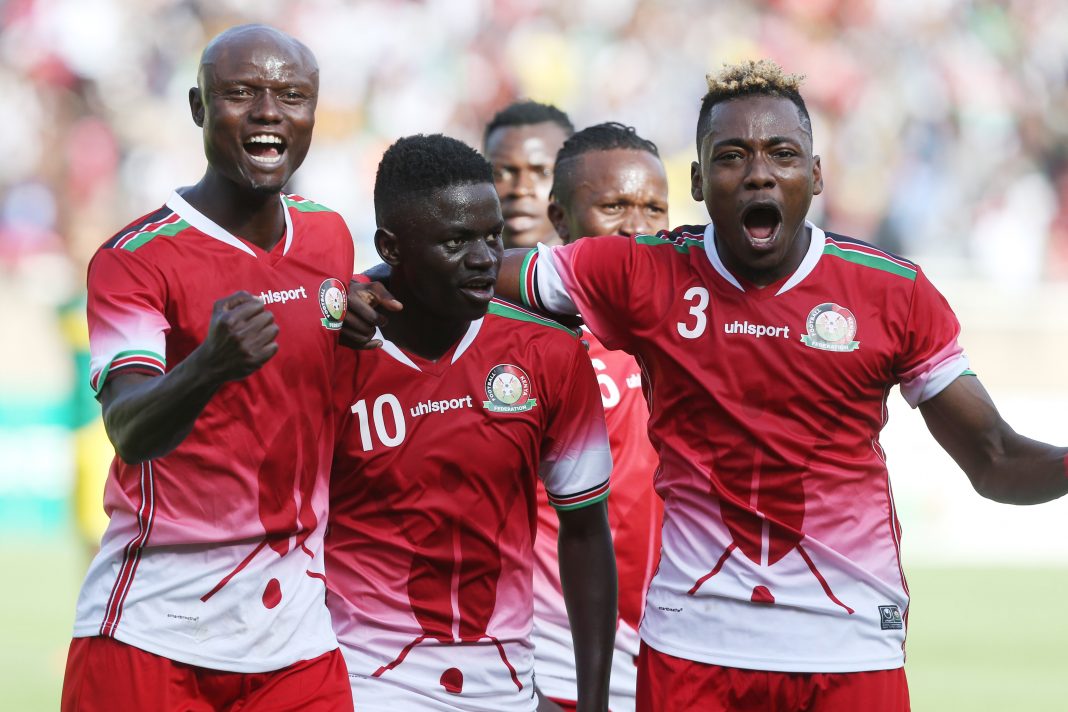 It was a moment of glory for Kenya when it eventually qualified for the coveted AFCON 2019 competitions, after a successful run in the qualifiers.

Mignes boys seem to have finally found a coach who brought out the best in the Harambee stars squad.

But, something seems amiss from the perfect squad. So much has been mentioned on Social media and football enthusiasts. The Jerseys.

Earlier this week The Football Kenya Federation announced that the new Harambee Stars kit will be on sale from May 20 in preparation for the kick off on June 20 in Egypt.

Kenyans have expressed concern over the new kits, citing that they lack creativity and they don’t display much of the “stars” that the National Team is.

“…They are crisscrossed in national flags that make it look like those uniformed worn by area chiefs” Said one Njagi, a staunch football supporter, “There are very talented designers in Kenya who can do a better job designing uniforms that kenyans will be proud to wear even in their daily activities away from the pitch” He added.

The Kenya Football Federation should consider awarding a public design competition to source for better Jerseys for our Harambee Stars, in an effort to boost their confidence in matches and those of the Patriotic Kenyan supporters.