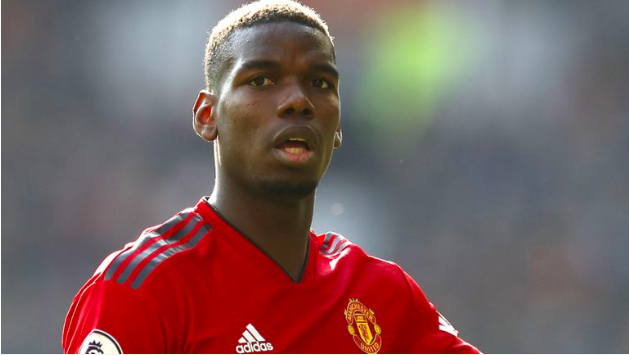 Pressure is mounting on social media companies such as Twitter, Instagram and Facebook to act decisively against individuals subjecting football players to racist abuse after Manchester United midfielder Paul Pogba became the third black player inside a week to be abused online.

The three players all had one common denominator; – they bravely stepped up to take penalty kicks on behalf of their teams, but unfortunately missed.

Paul Pogba had a penalty saved in the second half as Manchester United were held to a 1-1 draw by Wolverhampton Wanderers on Monday Night.

Then on Sunday, Reading striker,Yakou Meite called out racist abuse sent to him social media after he had a spot-kick saved.

Following the racist abuse aimed at Paul Pogba, one of the more visible players on social media with over 37 million followers on Twitter, the global football community rallied around the French world cup winner.

“Manchester United is a family. Paul Pogba is a huge part of that family. You attack him you attack us all,” England forward Rashford said on Twitter.

United said they are “working to identify” those responsible for the racist abuse directed at record-signing Pogba, while Greater Manchester Police said they were working with the club to help identify and apprehend the culprits once a formal complaint was received from a member of the public.

“The individuals who expressed these views do not represent the values of our great club and it is encouraging to see the vast majority of our fans condemn this on social media also,” read a United statement.

England women’s manager Phil Neville, the former United player and coach, suggested footballers should “boycott” social media for six months in order to send a “powerful message” that such abuse is not acceptable.

“It’s not going away,” he said. “We need to take drastic measures in the football community.”

Sports minister Nigel Adams added: “The football season is only a few weeks old and yet we’ve already witnessed sickening examples of racist abuse against players.

“We have been clear that social media companies must do more and the government will hold them to account.”

For the social media companies, it’s a dicey, catch 22 situation; – they’ve been reluctant to take drastic action such as deleting messages or deregistering faceless users who make comments deemed offensive, citing free speech and the risk that they would hurt their bottom lines by limiting traffic on their platforms, which is key to attracting advertising revenue.

Why FKF Election Petition was postponed