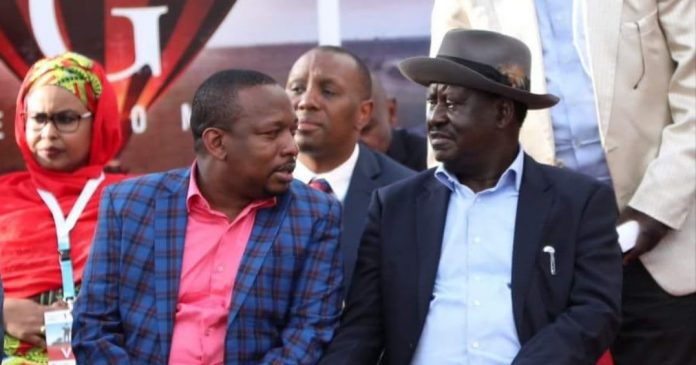 While appearing at a TV interview, Sonko said only the President has the capacity to enforce such a move alluding that there is need to share power between Raila and Ruto post Uhuru.

The Governor said the current political tension has been caused by Interior Minister Dr. Fred Matiangi and PS Karanja Kibicho. He urged the President to cut them to size.

“Matiangi and Kibicho are behaving like the late Saitoti who ordered police to brutalize me with a pliers. They must respect the law”, he said.

He urged the President to reign in on the deep state, which is abusing its proximity to the head of state.

“I know the head of State. He loves Kenya. Matiangi and Kibicho don’t”, Sonko said. In the live show at Citizen’s JK Live, Sonko said he will support whoever President Kenyatta anoints in 2022.

Sonko also announced his truce with General Hussein Badi, on condition that he obeys the law.

Sonko said Nairobi residents must be treated with respect, because ‘they are not pigs or livestock.’

He said the truce is only in force because of the respect he had for President Kenyatta, but remained adamant that he is the boss.

“General Badi disregarded the law by destroying people’s Houses in Mukuru Kwa Reuben. Lives were lost. He must respect the law or we go back to the political trenches”, Sonko said.

Kingi Calls For Women Inclusivity in Different Spheres of Life