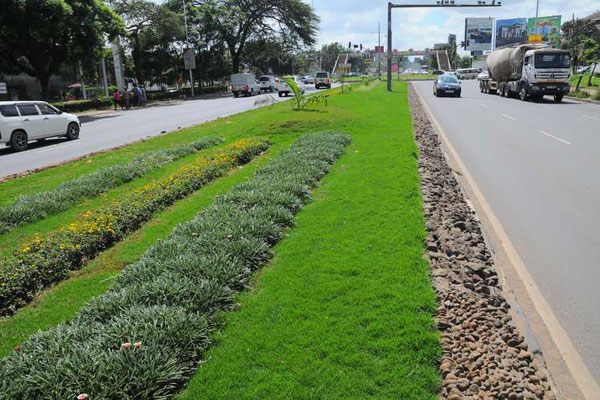 The jury is still out there on the performance of Mike Mbuvi Sonko, the second Governor of County number 47.
Sonko, a veteran of city politics owing to his stint as Makadara MP in the sprawling Eastlands surburb and as the first Nairobi Senator; has baffled both friend and foe in his bid to shore his political prowess.
Other than veteran former Starehe MP Maina Kamanda, Sonko is staking his claim as the prime mover in the volatile Nairobi politics, Kenya”s seat of power.

As the Governor of the City of Nairobi, he finds a reserved seat in all local and international meetings hosted in Nairobi. As per protocol, he is mandated to welcome key guests including President Uhuru Kenyatta to deliver key note speech. The Governor, who relishes confrontation whenever he feels his interests are threatened has now landed an invitation to attend the United Nations Council.

And so how has he fared in his bid to beautify the city?
Sonko has created gardens along Uhuru Highway, Jogoo Road, Mombasa Road to mention but four. He has also created botanical gardens in various places within the city.

The most ambitious of all is the introduction of aerial sprinklers to water grass along Uhuru Highway. The pipes are linked to a water source, believed to be an underground water tank
Once operational, these will replace the Nairobi County Government trucks which water the Sonko Gardens every evening and sundays.

His predecessor came up with the Obama grass. It withered. Then he introduced the Pope grass, which in the long run became a non starter. Will Sonko Gardens be the first major coup against the Kidero regime? Only time will tell.
Pictures: By Uzalendo team.