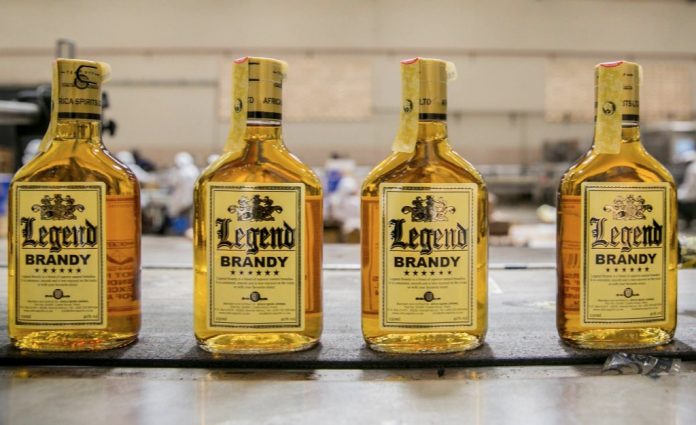 A Thika-based alcohol manufacturing plant, African Spirits, was yesterday raided by Flying Squad Police Unit over what is suspected to be possession of ethanol of questionable quality and suspected fake Kenya Revenue Authority stamps.

Tanks of ethanol suspected to be from Tanzania were found stored in a container within the facility while other tanks were found tucked alongside maize and oats at the plant.

The Thika based plant is suspected to have been distilling its alcohol manually and packing them without analysis and other safety checks with relevant authorities.

Musa Yego, head of the Flying Squad said that the distiller was producing substandard spirit and brews not fit for human consumption.

“Some of the stamps on the drinks have failed KRA tests,” said Mr Yego.

The ongoing war against fake and substandard goods getting in the country from other countries has seen government win big on controlling the quality of goods consumed in the country.

Kenyans joined together in condemning the Flying Squad unit for the arrest and called for thorough inquiry into the distilling company.