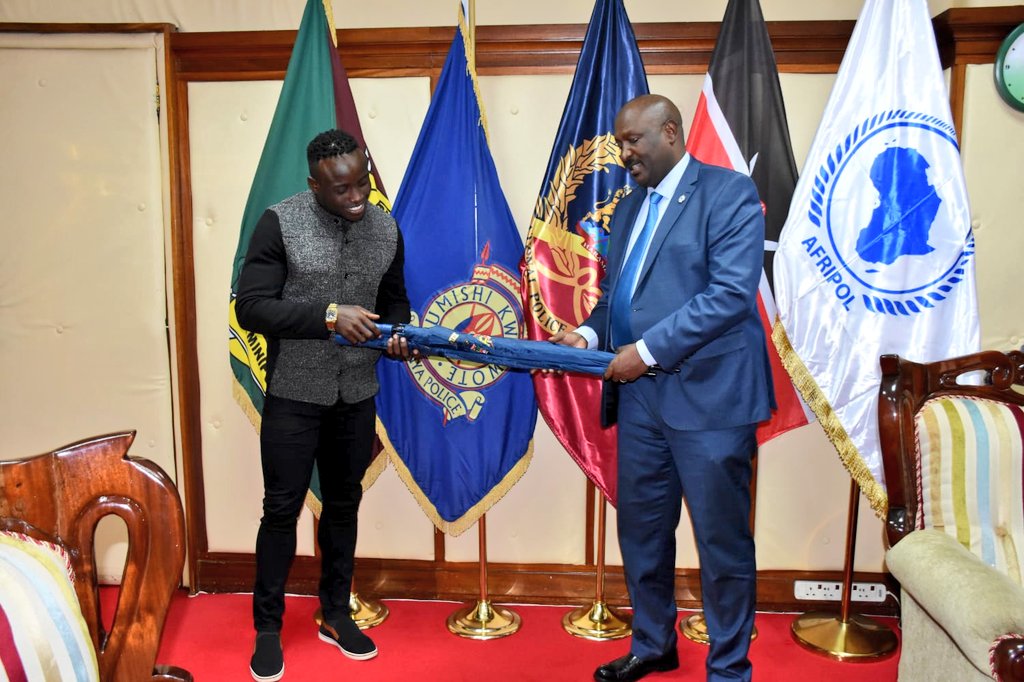 The 25-year-old athlete took up a new role that will see him represent the National Police Service and the country in future track events, the police said.

Omanyala was briefed on his new role Friday morning when he called on the Inspector General, Hilary Mutyambai at his Jogoo House office.

Present to witness his induction was the Dean of the Students University of Nairobi Mr. Johnson Kinyua and the Student Union (UNSA) Head of Communication, Joshua Sirma.

Omanyala now joins a pool of other elite athletes in the National Police Service including the likes of David Rudisha, Joshua Kamworor, Vivian Cheruiyot, Julius Yego, and the legendary Ezekiel Kemboi among others.

Omanyala thanked the National Police Service and the Government for supporting talent and he promised to repay this kindness with success in the track events.

“It is an honour to serve the National Police Service and I promise to give my best as an athlete. I also understand that there is life after sprinting.”

Mutyambai urged Omanyala to maintain his sporting discipline for him to utilise his full potential and at the same time deliver on his new role as a police athlete.

Omanyala, a second-year Bachelor of Science student at the University of Nairobi rose to stardom in Lagos Nigeria where he clocked 10.01 seconds on 30th March 2021 at an athletic event dubbed the ‘Making of Champions (MOC) Grand Prix’ where he met the qualification for the Tokyo 2020 Olympic Games.

He finished third in the Olympics semi-finals in 10.01 seconds.

His trajectory was unstoppable as he went ahead to break the 10 seconds mark at the International Josko Laufmeeting, Andorf Austria 2021 with a personal best of 9.86 seconds.

The rugby-player-turned-sprinter warmed up the hearts of Kenyans by clocking an impressive African best time of 9.77 seconds breaking the 9.85s record by South African Akuni Sembine at the Kip-Keino Classics held at the Moi International Sports Centre, Kasarani on 18th September 2021.

This made him the fastest African man and the 8th fastest of all times in the 100 metre event.