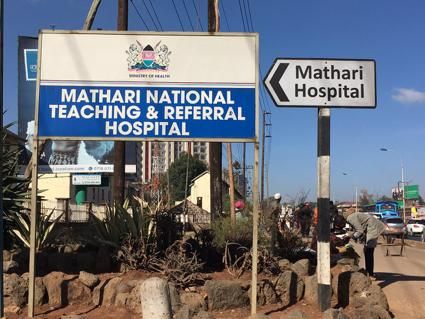 The government is committed to modernizing the mental health care system by building new facilities.

This will alleviate disparities in access to treatment among Kenyans.

Dr. Catherine Syengo Mutisya, a Senior Psychiatrist at the Ministry of Health, says the administration is working on important measures targeted at relieving the mental health burden caused by the Covid-19 pandemic.

Dr. Catherine noted that the government is trying to ensure that mental health services are available in all health facilities, which would entail retraining nurses and clinical officers on how to diagnose mental illnesses.

“The government is building a new mental health hospital which will also serve as a modern psychiatric facility and research Center. Anytime soon a mental health call Center funded by the World Bank will be opened at the Mathari Mental Hospital,” Dr. Catherine said.

In Kenya, one out of every four persons will have a mental illness during their lifetime, and 20 percent of adolescents and youth will get a mental disorder, the most common of which is depression.

General behavior change in which an individual who was previously joyful appears melancholy, withdrawal from social circles in which most individuals prefer to be alone, which impairs their performance at work and in life in general are some of the usual indicators of a mental health disorder.

The National Taskforce on Mental Health designated mental illness a National Emergency of Epidemic Proportions last year and offered a number of recommendations, including allocating resources to mental health care.