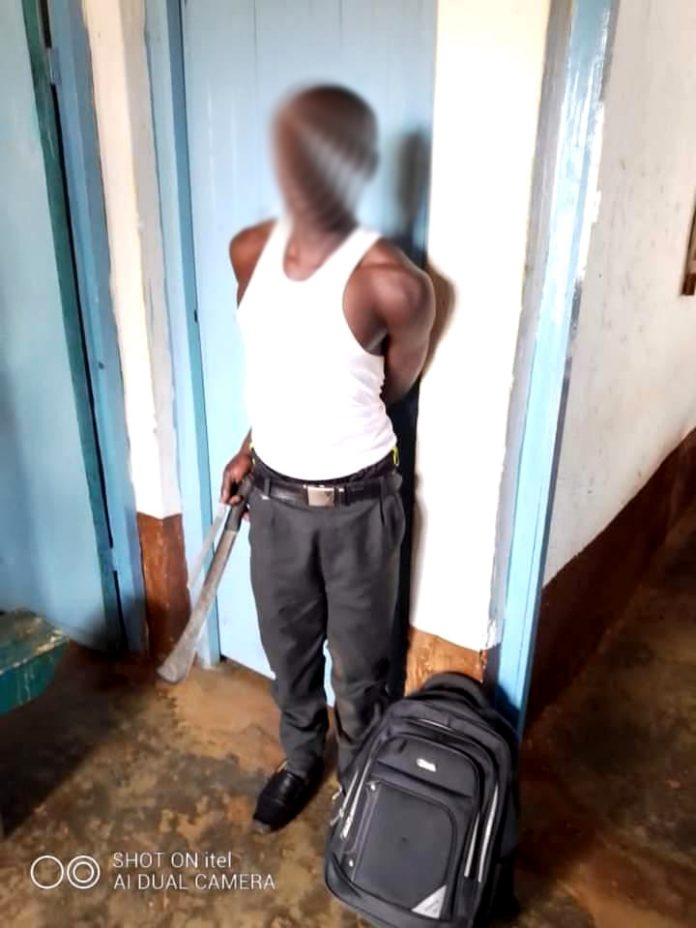 A deputy principal narrowly escaped death after an angry student wielded a panga (machete) in a local Nyamira county school. – By Gerald Gekara.

Fellow teachers however rescued the deputy, after managing to calm the student down.

While announcing the incident the Teachers Service Commission condemned the attacks on its staff, citing lack of good mentorship.

“TSC regrets the recent attacks on our teachers by the leaners in Kisii and the attempted attack by another student in Mokwerero Sec School in Nyamira County. Let’s all Kenyans of goodwill help mentor our children positively” TSC tweeted.

The student has since been arrested by police officers, and has been taken in for questioning.

The incident happened barely 24 hours after two teachers were stabbed by a form three student in Kisii High School.

The two have since responded well to treatment, as the police launched investigations into why the student was walking around with a knife.