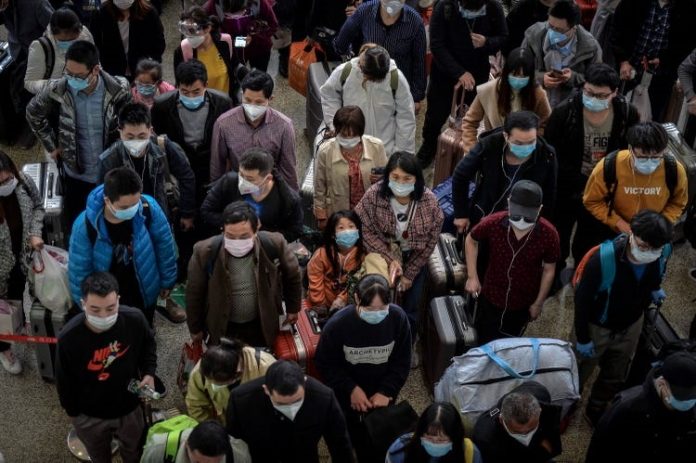 A so-called Covid-19 “superspreader” who traveled around northeastern China has been linked to 102 confirmed infections, according to Chinese officials.

The individual, who worked as a salesman promoting health products to the elderly, had traveled from his home province of Heilongjiang to neighboring Jilin province, bringing the virus with him.

Authorities claim he unknowingly spread the virus among elderly residents for several days before he was tracked down by health officials as a close contact of a confirmed case.

“The superspreading phenomenon occurred in our province mainly because when the superspreader was discovered, he was still in the early phase of his infection and had relatively strong ability to shed the virus,” Zhao Qinglong, an official with the Jilin provincial disease control and prevention center, told state-run news agency Xinhua.

The apparent superspreading event in Jilin occurred as China is battling its worst coronavirus outbreak in months, which has seen hundreds of cases reported and tens of millions of people placed under lockdown in its northern provinces.

The salesman was diagnosed as a confirmed case of Covid-19 Sunday, after being initially identified as an asymptomatic carrier last Tuesday, according to the Jilin provincial health commission.

Over four days, the man held four “health seminars,” or marketing sessions, in community health clubs targeting elderly residents in the cities of Gongzhuling and Tonghua in Jilin.

In total, the individual infected 79 people who attended the seminars, who then went on to infect 23 of their close contacts, Zhang Yan, deputy director of the commission, said at a news conference Sunday.

All the infected people had been tracked down as close contacts of the man and placed under quarantine, before testing positive during medical observation, Zhang said.

One of the health clubs, in Tonghua city, is located in a room on the ground floor of an old residential building, where 30 to 40 people attended the man’s seminar, with few wearing masks, Xinhua reported.

“The infected people were gathered in an enclosed space for a long time,” Zhao, the Jilin health official, told Xinhua.

“Most of them are middle-aged and elderly people with underlying health conditions and weak immunity, and therefore extremely susceptible to infection. “

So-called “health clubs” catering to the elderly are becoming increasingly common among residential communities in China, where marketing sessions, often branded as “health lectures,” are regularly held to promote health products such as supplements and physical therapy equipment.

Jilin authorities are investigating whether the two health clubs where the man held promotions had violated any regulations, a provincial market supervision official said at the news conference.

April Is Cesarean Awareness Month, Here Is Why New Mothers Prefer The C-Cut