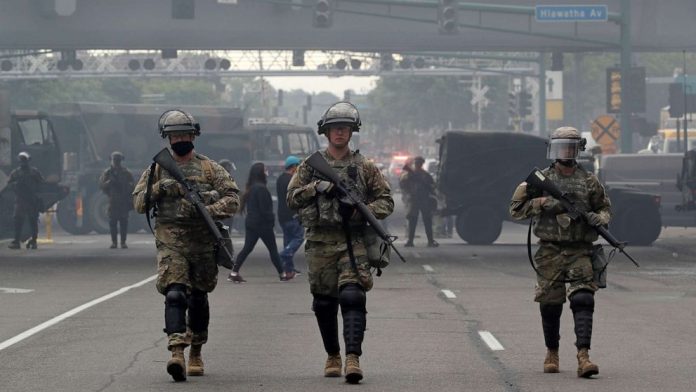 Demonstrations in state capitols across the United States were muted this weekend after warnings of armed protests, but officials have indicated they’ll remain vigilant in the days leading up to President-elect Joe Biden’s inauguration.

“We are concerned about the entire week, not just today,” Lansing, Michigan, Police Chief Daryl Green said Sunday, after a crowd of protesters and counterprotesters gathered on the grounds of the state Capitol.

Still, state and local leaders, as well as those in Washington, DC, are on high alert, with security measures remaining in place through Inauguration Day — particularly in the nation’s capital.

In Texas, about two dozen armed demonstrators gathered near the state Capitol in Austin, but they rallied in support of Second Amendment rights, the organizer said — not in protest of the results of the presidential election.

State leaders across the United States ramped up security around their capitol grounds in recent days — pulling in National Guard members for help, erecting barriers, boarding up windows, asking residents to avoid the areas and some even closing down capitol grounds altogether.

Minnesota officials told CNN they would “continue to assess potential threats” to their state Capitol, though Bruce Gordon, spokesman for the Department of Public Safety, said there were no current credible threats.

Texas will keep its state Capitol and its grounds closed through Wednesday, officials said, adding they were aware of “violent extremists who may seek to exploit constitutionally protected events to conduct criminal acts. “