Home Entertainment Surprisingly fun gift The Queen gave goddaughter and how she had to... 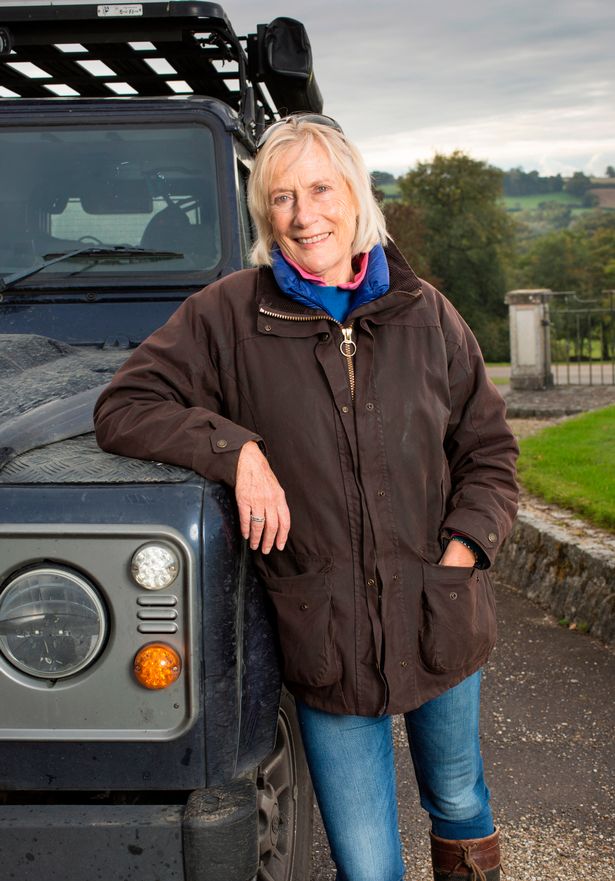 The Queen’s goddaughter always got a Christmas present from Her Majesty – and they were surprisingly fun.

Victoria Pryor, who is The Queen’s cousin once removed, comes from her Bowes-Lyon family side rather than her royal ancestry.

Her mother, Margaret Rhodes, is The Queen’s first cousin, best friend and closest companion – with the pair sharing their whole lives together.

“She spent so much of her childhood playing with the princesses. Mummy really loved the Queen Mother and she has in the past said mummy was like a third daughter.”

Margaret was a bridesmaid at The Queen’s wedding to prince Philip in 1947 and the close bond between the families went down the generations to Victoria, who shows presenter Alexander Armstrong the letters the monarch sent her.

Victoria shows Alexander a snapshot of the two of her mother and The Queen together in Scotland in more recent years.

“Total normality. It just looks like two slightly elderly ladies in their kilts. The Queen would have loved to have been just a country lady with her animals,” she says.

Victoria reveals that during her childhood she received a set of Winnie the Pooh books from The Queen as a Christmas present – as well as the popular game Twister.

She goes on to explain the royal etiquette which took place and how members of the family referred to Her Majesty.

“Mummy called her Lilibet but we call her Ma’am,” explains Victoria.

“If she’s staying then the first thing in the morning you curtsy, and then you don’t have to curtsy after that. That is the etiquette.”

Victoria, who lives in Norfolk, reveals that when her mother came to visit her she always stayed at Sandringham and was well looked after by The Queen.

“She’s incredible the way she [The Queen] looks after everybody. She looked after mummy. She was so good,” she explains.

“At the end of 1980 when my father hadn’t been terribly well The Queen asked her if she wouldn’t mind living in suburbia. Mummy was like ‘yep’. She said ‘there’s a house in the great park if you like it’.

“It was a god send. Mummy was back in the bosom of the family.”

Victoria’s mother, Margaret, and The Queen were both at The Queen Mother’s bedside when she died at the Royal Lodge in Windsor in March 2002 at the age of 101.

Victoria now works in her own shop six days a week supplying local people food – and many villagers where she lives probably have no idea they are being served by royalty.

Explaining The Queen herself has never visited, Victoria says: “She did say she must come but it’s too difficult you’d have to close all the roads.

“Sophie Wessex has been quite a few times but nobody notices her. She just comes in looking like lots of yummy mummies.”

Elsewhere in the documentary marking The Queen’s 95th birthday, Alexander travels around the country to meet the royal cousins.

He starts his journey by meeting Princess Olga Romanoff, who is the grandaughter of King George V’s cousin, making her the Queen’s third cousin.

Princess Olga is also related to Prince Philip through her Danish great-great-grandfather, who married all his children into royal houses across the continent, and jokes: “We bred like rabbits”.

“The Queen used to take Charles and Anne to have tea with my grandmother and they apparently had beautiful manners and I had terrible manners,” says Princess Olga, who was lined up as a potential wife for the future King.

But her family’s invitations to the palace were stopped by the furious Queen Mother because when her father was widowed he married Olga’s mother without asking permission.

“I believe that p***ed off the Queen Mother. So his invitations to the palace and all that dried up. The protocols were quite strict. A lot of that is a pile of poo and they thought of it as being a big thing then,” she says.

Alexander asks the princess whether she feels her family legacy was taken away or if she is blessed not to be part of the inner family.

“Definitely blessed. I would have made a lousy imperial princess,” she replies. “You don’t want to scrub up every day. You want to be smelling of horse and you don’t want to have to be tarted up.”

It may comes as a surprise that the outcast princess slams Prince Harry and his wife Meghan Markle for discussing their issues in TV interviews.

When Alexander asks if there is still a fairytale story connected to royalty, Princess Olga responds: “Yes and no.

“It all depends how many times they tell you about their problems on television. Which I’m afraid I’m not very keen on.”

On her view of the Sussexes, she replies “not great” before adding: “The Queen has never sat there and said about anything that makes her miserable, has she. She’s always got on with it.

“The most she ever said was the ‘Annus Horribilis’ which i thought was wonderful. I think a bit of mystique and all that is a very good thing.”

Princess Olga agrees to go on a road trip with Alexander to track down more of The Queen’s relatives.

This includes Lord Ivar Mountbatten and his husband James Coyle, who are the first openly gay couple in all of royal history, and had the blessing of the royal family.

The royal cousins share details about their most famous relative and reveal what it’s like to be part of this extraordinary family through private letters, personal photos and rare memorabilia.

As Alexander takes viewers on a road trip through the country and the dynasties, he also reveals he may have uncovered a new cousin who can take their place in the royal family tree.