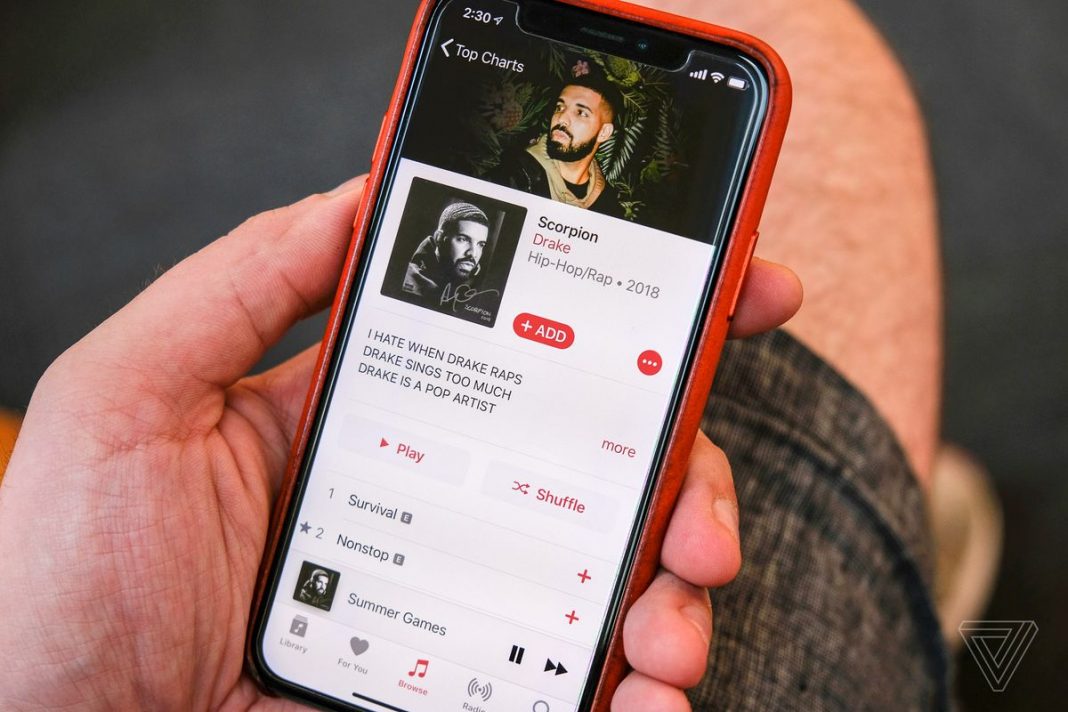 A key reason for the change is based around the way we now watch, listen to, download and stream media.

Read more: Facebook is now cleaner, faster and group-focused, but still all about your data

Young media services have quickly established themselves as market leaders, solely focused on a single media format, such as video for Netflix and audio for Spotify.

For Apple, separating music, TV and podcasts allows it to refine each app in a distinct way. The user interface, library and personalised recommendations can all be tailored to each of the particular media formats in the future.

A lot has changed in 18 years

iTunes was first launched 18 years ago by then Apple CEO and cofounder Steve Jobs. Jobs noted that other tech companies already had media platforms available to users, but they were too complicated.

Jobs said Apple was “late to this party and we are about to do a leapfrog” with a simpler system in iTunes for playing audio and video. Later that same year, Apple announced the missing piece to this puzzle, Apple’s own MP3 player, the iPod.

What Apple is doing now is another potential “leapfrog” in replacing iTunes with three dedicated applications.

This decision follows the company’s strategy for its portable devices, which already have individual applications for music, TV and podcasts.

Podcasts are not a new media format, but the latest Reuters Institute Digital News Report says they have become more popular in recent years due to “better content and easier distribution”.

The report’s survey of how people get their news shows:

[…] podcasts tend to perform best in countries like the US (33%) and Australia (33%) where people spend a lot of time in their cars.

In addition, people under 35 listen to twice as many podcasts people over 45. The report says this is due to the younger demographic embracing smart phones and streaming services.

Anchor is a free service that helps people create and distribute podcasts. It named Apple Podcast as the most used application for listening to podcasts on its platform, at more than 50%. Second was Spotify at 19%, and other platforms less than 5%.

This indicates Apple’s dominance in the podcast space. In 2018, a report shows there were more than 525,000 active shows and more than 18.5 million episodes available on Apple’s podcast platform. That same year Apple had reached 50 billion all-time episode downloads and streams, more than a threefold increase on the total downloads as of 2017, 13.7 billion.

But despite Apple being the most used platform for podcast listening, it faces strong competition in the mobile market from companies using rival operating systems such as Android.

The future for video

A major part of Apple’s recent decision to split iTunes is associated with the significant changes in the video-on-demand market, including an influx of new services. There are still more changes to come, and Apple clearly intends to be ready. Apple has announced it will launch its Apple TV+ streaming service later this year in the United States.

Apple will have to compete with streaming giant Netflix, which has 60 million subscribers in the US alone. But it will also be competing with Hulu, which has 28 million US subscribers.

Other new services in the US will also be launched in the near future, including Disney+, NBC Universal, and AT&T’s WarnerMedia.

In Australia, we have seen a distinct change in video viewing behaviour since the launch of Netflix in 2015. Shifts in consumer preferences and the industry itself had immense impact on the Australian media landscape. You can expect this to continue as some of the services launching in the US this year expand to Australia.

It’s not known yet when the Apple TV+ service will launch in Australia, but Apple’s TV app is available to Australians. Through this, it seems clear the company plans to aggregate video content from a range of services, including broadcaster video-on-demand (BVoD) services such as ABC iView and TenPlay.

So Apple is now fighting on several fronts across TV, music and podcasts to sustain or achieve market leadership. By marketing the three media applications separately it can invest in the individual media areas as required, or remove itself entirely.