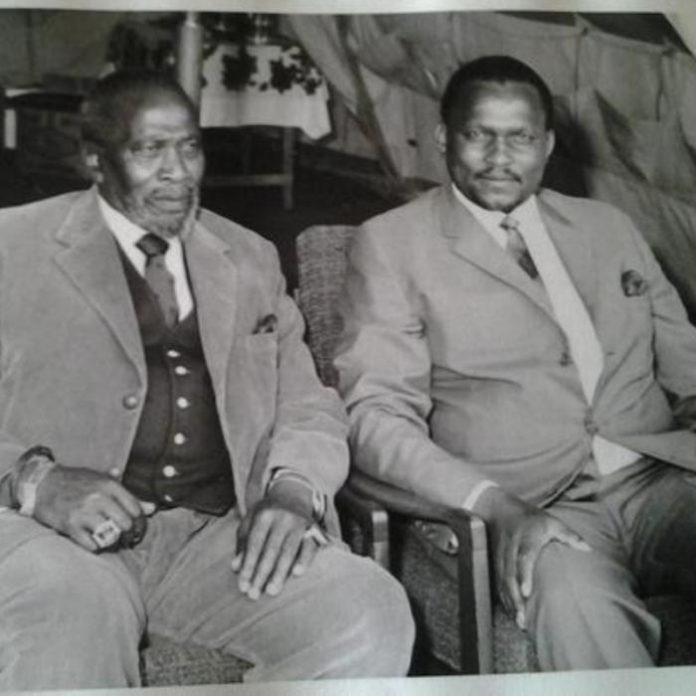 What next for the Pau Ngei dynasty?

Politically vanguished by the emergence of Kalonzo Musyoka dynasty, the Ngeis have lost the only visible surviving son…extinguishing whatever hope the family had for a political comeback. The death of Masaku Ngei, 74 means Ngei’s grand children are the only for a political renaissance of the once famous family.

The family patriac Paul Joseph Ngei was the grandson of Masaku, the man who Machakos County is named after.
Ngei was a revered freedom fighter who forged a close relationship with President Jomo Kenyatta right through their detention at Kapenguria. Old Jomo forged a close relationship with Ngei and on many occasions he came to his political rescue. But when Kenyatta breathed his last in 1978, Ngei was firmly on his own.

President Moi strategy was to neutralize all powerful politicians with ties with the Kenyatta. And so Mulu Mutisya was enlisted to finish Ngei, a role he played very well. By the time Ngei died, he was literally a beggar at Parliament buildings. But the Government build for him a mouselleum for him when he died. Machakos Governor Dr.Alfred Mutua is said to be a distant relative of the Ngei’s.