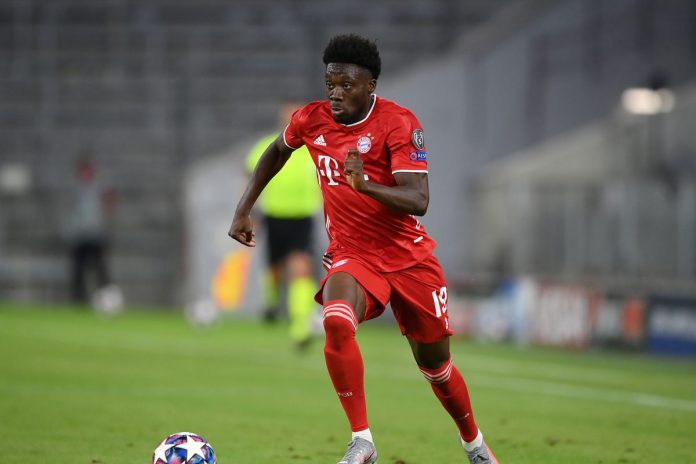 Few people in the world of sports…other than the Bundesliga had interacted with the work rate of Alphonso Davies. The Bayern Munich left back performed a class act on Friday night, to consign Leonel Messi and his billionaire team mates into the clubs worst defeat in Europe.

Davies bullied, hurried, buried and stepped over the bodies of several Barca players as they lay on the turf in submission.
In so doing, he made Messi set a new record for the Catalan giants- as the player who captained the worst club humiliation in Europe. Xavi Hernandez must have cursed in disgust. The world now has taken note.

Davies tore Barcelona into shreds during a 10 goal thriller in Lisbon, during which Barcelona was given a baptism of fire.
The 19 year old full back was a live wire for Lionell Messi and Co.

His crowning moment was a solo run, a mesmerising one at that. He lefy 4 Barca players sprawled to the ground as he darted to the by line inside the box before teeing up fellow defender Joshua Kimmich to finish off the move…
Davies is a better version of Liverpool’s Robertson at left back. Jurgen Klop and Ole Gunner Solskaker must have taken note.