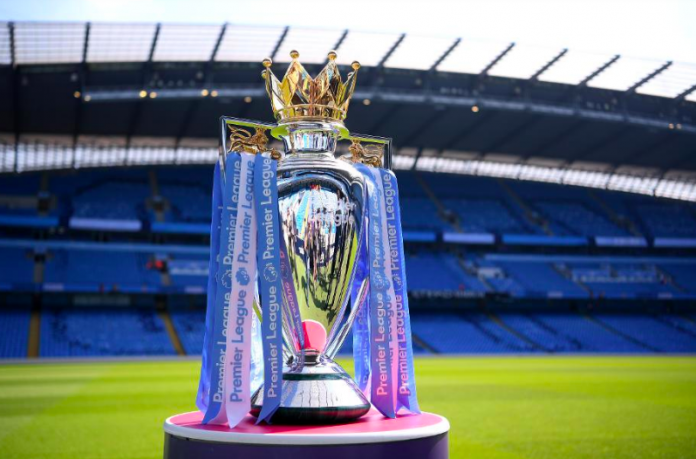 BY HENRY MARETE – Exactly 10pm Kenyan time, Friday, August 9th 2019, at Anfield, Liverpool in England, referee Michael Oliver will blow the whistle, signaling the start of a match, and with it, a brand new English Premier League (EPL) season.

Last season’s runners-up Liverpool will be taking on newly-promoted Norwich City, the first of some 380 top flight football matches to be played across England over the 2019/2020 season. It is an event that will be greeted with a collective sigh of relief by millions of ardent fans in Kenya and across the world, who, for the last three months have largely been starved of live football action.

The EPL is arguably the world’s most watched football competition, not least because it is one of the best marketed sporting events and attracts rich prize money awards for participating clubs, making it fiercely competitive.

In 2018/19, champions Manchester City pocketed Ksh. 4.8B while Huddersfield, who finished bottom of the 20-team league and were subsequently demoted to the 2nd-tier competition (championship), walked away with Ksh. 236M  in direct cash rewards.

In Kenya, Arsenal and Manchester United each commands a near fanatical following while Liverpool, Chelsea and Manchester City also have huge fan bases.

The 2019/2020 season will herald a few changes, most notably the introduction of the Video Assistance Referee (VAR), to be employed alongside the already in use goal line technology in efforts aimed at minimizing incidents of biased or unfair refereeing decisions.

VAR has already been tested during the 2018 world cup, the UEFA nations league, champions league, the just concluded Africa cup of nations (from the quarter final stage), in Germany and Italy, but this is the first time it will be used in the EPL.

VAR operates on a three-step process of incident, review/advice, decision, and across the four jurisdictions of football deemed ‘game changing’ by Fifa.

It will be employed to ensure that only legitimate goals are allowed to stand, since any preceding infringement would be detected and penalty decisions reviewed during games. The other two incidences that will call for video review are fouls that warrant red cards and cases of mistaken identity.

Arsenal fans will particularly be familiar with cases of mistaken identity: –  in March 2014, referee Andre Marriner was forced to apologize later after having sent off Arsenal’s Kieran Gibbs instead of Alex Oxlade-Chamberlain who had blatantly tipped off Eden Hazard’s goal – bound shot, despite the actual culprit persistently trying to own up to the crime before the referee!

For the record, Arsenal went on to lose that game 6-nil to the then league leaders, Chelsea… And, incidentally, Andre Marriner is set to become EPL’s first ever VAR after officials for Friday’s opening clash between Liverpool and Norwich were announced.

But, while VAR is expected to enhance fair play, brace yourself for long delays, sometimes upwards of 5 minutes during live matches as has already been witnessed in circumstances where the technology is already in use. For many a betting enthusiast, it could also mean a long, perhaps painful wait between the time the referee raises his/her two fingers to indicate video review, and when he rushes back to the field to announce the final decision; – money which could have been won minus VAR will be lost and vice versa!

Busy Transfer Window, Who Will Carry The Day?

Ahead of the opening 2019/2020 EPL opening weekend, Arsenal and Manchester United fans are perhaps the happiest of the lot.

On Thursday August 1st, Arsenal, whose owners are known to be ‘stingy’ when it comes to releasing transfer funds, announced it had splashed 72 million pounds (Ksh.9B) on securing the services of prolific Ivory Coast winger Nicolas Pepe from French club Lille.

On the way to helping Lille finish 2nd to Paris Saint Germain (PSG) in France’s Ligue 1 last season, Pepe, who has bustling pace and is gifted with a deft left foot, scored a total of 22 goals and had 11 assists to boot.

He should form a lethal partnership with Alexandre Lacazette and Pierre-Emerick Aubameyang, for a front three expected to challenge that department’s hitherto untouchable riches of Manchester City and Liverpool, who last season were scoring goals for fun.

Manchester United, who were expected to overhaul their team following a disastrous finish to the 2018/19 season have also made a statement of intent, agreeing a world record Ksh.9.9B deal with Leicester City for the transfer of England center half Harry Maguire. The Old Trafford club has also penned in young right back Aaron Wan-Bissaka from Crystal Palace and speedy winger Daniel James from championship side, Swansea.

Elsewhere champions City have sought to address their problematic holding midfield role by signing Rodrigo from Atletico Madrid but are yet to replace their departed captain and defense kingpin, Vincent Kompany.

Liverpool are yet to make any major signing, Chelsea is under a transfer embargo imposed by world football governing body FIFA, and has lost their talisman, Eden Hazard to Spanish giants Real Madrid, while Tottenham have strengthened their midfield by enrolling Tanguy Ndombele from French outfit, Lyon.

However, the transfer window, which opened on 16th May will not close until 7pm (Kenyan Time), Thursday, 8th August 2019, so a lot could have changed by then.

The 2019/20 season is expected to serve up more thrills and spills.

Will City take their recent dominance of the league to an unprecedented third successive season?

Who, among Tottenham, Manchester United, Arsenal and Chelsea will make it into the top four?

Are heavy spenders Everton, Leicester City or even Wolverhampton Wanderers (Wolves) likely to break into the top six?

Or, could it be that, like happened in the 2015/16 season with Leicester City, we are in for another one-in-five thousand surprise?

It shall all be revealed come May, 2020. Let the games begin!