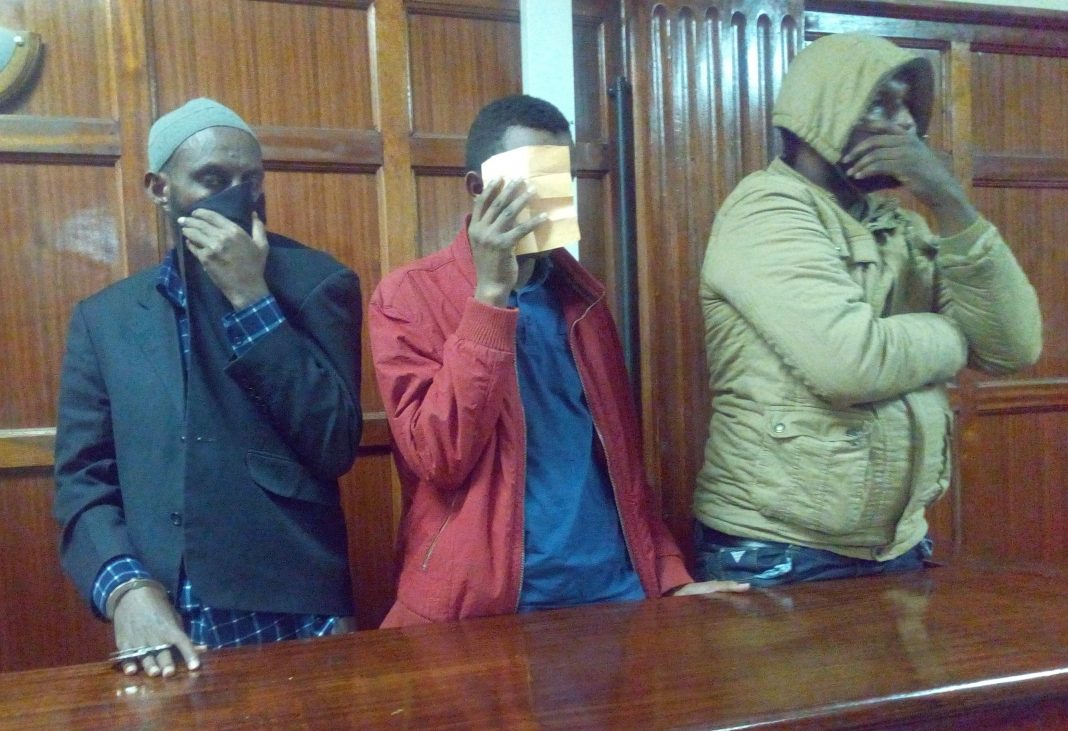 BY PRUDENCE WANZA – Three more people have been arraigned in court for allegedly providing property and services to terrorists to facilitate the Dusit D2 Complex terror attack that left at least 14 people dead.

Mire Abdullahi Ali, is accused of providing Internet Services through a company called Sahal Telecommunication Limited in Jilib, Somalia to the coordinators of the Dusit D2 hotel complex.

He is also alleged to have bought an Internet Kit which was used to offer Internet services in facilitating the terror attack. Mire is also accused of acquiring a Kenyan ID knowing very well he is not a Kenyan Citizen and also producing it before the Anti-terror police unit in Mandera.

Hussein Mohamed is said to have used a Facebook account in which he identified himself as Prince H. Ahmed to transmit information in preparation to undertake the DUSIT attack.

He is also accused of being in possession of a Safaricom SIM card that had been used to facilitate the collection of an unknown parcel at Makkah Bus office in Mandera sent by a Dusit D2 attacker by the name Ali Salim Gichunge, which was used in facilitating the commission of the terror attack.

The three have been in police custody since January and will now be jointly charged of conspiring to carry out the DUSIT D2 terror attack.