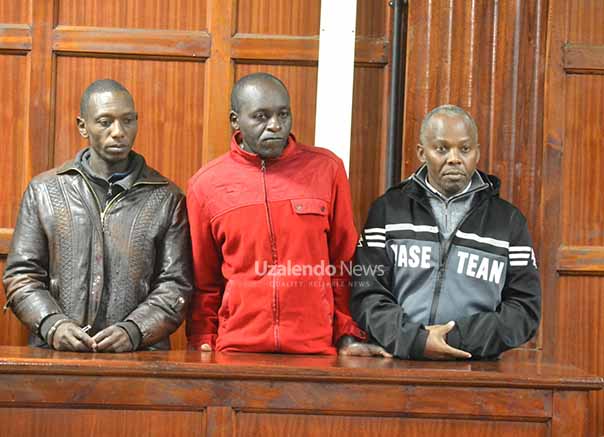 BY PRUDENCE WANZA – Three men have been charged with stealing gemstones worth Sh.76m property of one Mary Njambi Mwangi.

The three, George Mutuku Mulatya, Isaack Wanyoike and Patrick Macharia Ngugi are alleged to have committed the offence on 10th May,2019 at Loresho Kaumoni estate, Westlands in Nairobi.

Isaack Wanyoike faces a second count of stealing by servant. He is accused that with one before court being the security guard to Mary Njambi stole assorted gemstones worth Ksh.76,170,362 which came into his possession by virtue of his employment.

The three denied the charges before Chief Magistrate Francie Andayi at the Milimani Law Courts.

Through lawyer Mr.Mwambi who presented the first accused, the person who stole the property is still on the run and is being sought by the police. He prayed that the accused persons  be released on linient bond terms.